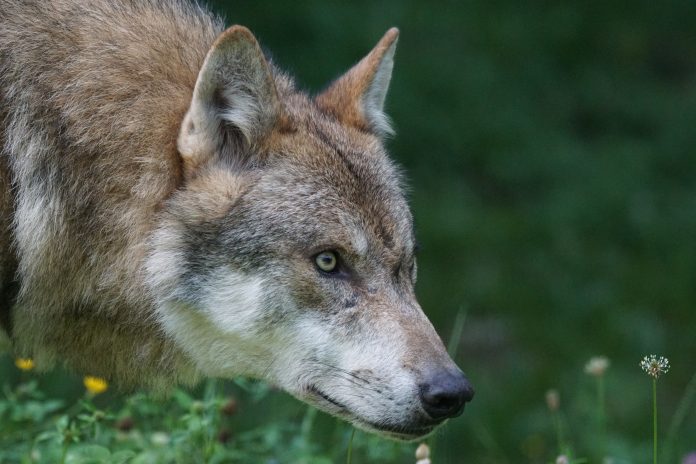 They exist at the top of the food chain, the ultimate predators. Apex predators have few, if any predators themselves, and typically none once they are fully-grown.

Many animals fall into this category, among what people consider to be charismatic animals: wolves, bears, great cats, hawks and eagles, crocodiles and sharks. Of course, the ultimate apex predators on Earth are humans, but this isn’t about us. It’s about the importance of the other apex predators. Humanity is more of a super-predator, operating in an unsustainable fashion.

Apex predators serve to keep prey numbers in check. By weeding out the slow, weak, and dying animals, they increase the health of the population as a whole. However, they actually do much more than that.

Left to their own devices, a herd of herbivores, like elk, will stay in one place, eating everything down to the ground before they move on. However, a healthy predator population will keep a herd (or a population) moving around, looking for cover, and generally trying not to get eaten.

Apex predators are key to the health of an ecosystem

This improves the health of the ecosystem as a whole. It leaves smaller plants and grasses for smaller herbivores, prevents erosion, and allows more saplings to mature. This reduces run-off into rivers and streams which in turn reduces flood damage. All of these things are linked to the health and movement of the large prey species.

The apex carnivores also place a check on the smaller carnivores. The animals at the top of the food chain are notoriously territorial, and have little use for competition, at any level.

Related:
The Most Awe-Inspiring Photos & Videos from National Geographic, Week of Feb 12

By keeping the numbers of smaller predators under control, this allows the population of smaller prey to stay at a sustainable level. Healthy apex predators mean a healthier ecosystem all around.

As they sit at the top of the local ecosystem, the health of these top-level predators can provide an indication of the health of the ecosystem as a whole. Persistent toxins, like mercury and dioxins, increase in concentration as you move up the food chain, and become highly concentrated in the tissues of apex predators. By examining these predators, we can see a highly condensed slice of the issues affecting the ecosystem as a whole.

It is similar in marine ecosystems as well, though the population dynamics are somewhat different. In terrestrial ecosystems, there are a relatively small number of predators, who are greatly outnumbered by their prey. In the ocean, there are larger numbers of apex predators, though they are very slow to reach maturity, and breed at a slow rate as well. The prey species, on the other hand, breed very quickly. This dynamic still serves to keep them in balance.

Without these apex predators, an ecosystem can quickly get out of balance. Herbivorous species can over-graze and over-utilize their space as their numbers grow, and their populations will typically crash as lack of food and disease overwhelm them. The prey species are actually healthier when there are predators around.

Apex predators are key to the health of an ecosystem. They maintain the balance between prey species and the rest of the system. Without them, everything gets out of balance, leading to cycles of population explosions and crashes, depleted lands, stunted forests, and flooding rivers.

While human intervention can solve some of these issues, it is so much better to let the predators perform the task they were designed to do.