Microsoft co-founder Bill Gates is one of the richest men in the world. He recently set aside 4.5 million dollars for research programs to determine if geoengineering projects were feasible.

Which begs the question: What is geoengineering? Geoengineering refers to technological proposals to deliberately alter the world’s climate to counteract ongoing climate change. These usually involve some sort of large-scale manipulation of oceanic or atmospheric conditions.

>Recently, one of the projects Mr. Gates invested his money in has made the news, a plan to seed the air with salt water. The thought is that the salt will increase the reflectivity of the clouds, making them whiter, and reflecting more light into space. This should have a net cooling effect.

However, at this time, despite what some groups and news outlets are saying, he is not funding a huge sea trial of the technology. His money is going towards laboratory tests to see if it will even work. It is estimated that a sea trial, like the one mentioned in various articles, would cost at least $9 million.

Something similar is actually thought to occur around Antarctica as a result of the hole in the ozone layer. The theory is that the hole in the ozone has actually been providing a shield to protect the Antarctic from climate change. High-energy winds, possibly boosted by UV infall, whip up ocean spray and carry the sea salt particles high into the atmosphere, where they reflect incoming sunlight back into space, shielding the continent below. With healing of the hole in the ozone, this aerosol shield may fail, allowing more sunlight, and heat to reach the ground. So there is actually some basis to this idea.

Related:   Geo-Engineering: 3 Ideas That Could Save Our Planet

In the meantime, research is ongoing into various geoengineering projects. Iron fertilization to encourage algal blooms is one such idea, and it is actually undergoing limited testing. The idea there is that the algal blooms will lock up huge amounts of CO2, then die and carry the bound carbon down to the seafloor, sequestering huge amounts of it.

Another plan involves spraying sulfur dioxide at high altitude, to reflect some of the sun’s light back into space. And another plan is to put thousands of mirrors into space to reflect the sunlight away before it can even strike the Earth.

All of these plans are extremely ambitious, and all of them can possibly have consequences that go far beyond what they are intended to do. Certainly, before anyone can talk about actually implementing any of these grand schemes, much more testing needs to take place.

There is a great deal of opposition to geoengineering. Some oppose it on moral grounds, feeling that it is much more important, and proper, to solve our carbon emissions problem rather than slave it over with technological fixes. Others oppose geoengineering on the basis that it may have wide-ranging and unintended effects, while others are against the idea of an entrepreneur and some scientists taking implementation of a solution out of the hands of government and just doing it.

Certainly geoengineering presents some interesting solutions to the problems ahead of us, and perhaps, should we become desperate enough, we will have to implement them. Until then, though, we need to study them more thoroughly. Introducing new variables into as complex and ill-understood system as the global climate engine doesn’t seem like a good idea. Unless we had no other choice. 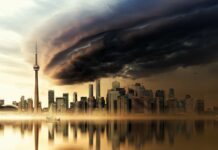 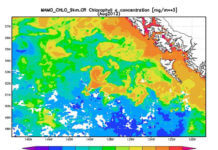 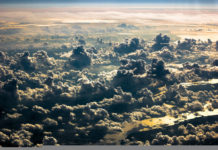 What Is Geo-Engineering And How Could It Affect The Future Of...

Geo-Engineering: 3 Ideas That Could Save Our Planet