Greener IdealHelping you live sustainably
More
Home News Environment Endangered Species: The Banana, and Those Who Rely on It

The organism is a mutant that first appeared as long as 10,000 years ago. Unable to reproduce, all surviving members of this species are clones. And it is dying; victim to a relentless disease and it’s own lack of diversity.

This mutant? It’s the banana. Virtually all bananas that we are familiar with are genetically identical, clones of the first, from sometime in prehistory. These bananas are seedless, and thus unable to reproduce naturally. The only way they can reproduce is from cuttings, taken from one plant and transplanted into the ground.

Back in the 1950s. the then-current cultivar of the banana, the Gros Michel, was rendered effectively extinct by a fungus, called Panama disease. Production switched at the last minute to the now-current Cavendish cultivar. It is vulnerable to Black Sigota but it can be controlled with massive amounts of fungicide. It was originally resistant to Panama Disease, but a new variant of that fungi has recently surfaced, and has devastated the Amazon and south-Asian banana crops.

Should this new strain reach Africa, the effects would be catastrophic. Not only is the Cavendish vulnerable, but the cultivars used as a primary food source in Africa are also vulnerable.

This disaster-in-waiting clearly points out the dangers in the lack of biodiversity. Since cultivated bananas are almost all clones, there is no genetic diversity. Not only can the plant not adapt to changing conditions, giving rise to a resistant strain, but anything that can attack one can affect them all. Only geographic separation can save these plants.

Work is under way to create a new cultivar, genetically-engineered to be resistant to Panama disease, and trials are underway in Uganda, where a large majority of the population depends on bananas for food.

This new variety is unlikely to replace the Cavendish for a number of reasons. It doesn’t look as attractive, it doesn’t taste as good, it’s harder to peel, it’s smaller, and for western audiences, it carries the stigma of being a GMO food. However, for the populations that rely on the banana as part of their staple diet, those considerations do not matter.

Unfortunately, the banana companies seem to be relying on distance to save them from Panama Disease. They have no announced strategy to deal with the possible demise of the their core business. For the western consumer used to finding bananas at their local grocery store, this could be bad news.

The future of the banana lies in finding a resistant cultivar. No cure or control has been found yet for Panama disease. Whether that salvation is in the form of a new, GMO banana, or in some as-yet-unseen new cultivar, the banana we are familiar will someday likely be extinct, and what we have left very different. 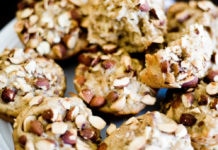 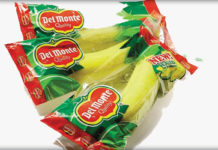