One of the simplest methods of carbon sequestration, though admittedly long-term, is to plant more trees. However, trees eventually die and decay, releasing their stored CO2. Long-term care and management is required to turn forests into effective carbon sinks for the massive amounts of CO2 emitted by industrial and power generation sources.

The common interpretation of carbon sequestration, though, is to pump the CO2 underground into some form of permanent storage.

The first step in carbon sequestration is to collect the CO2 from the source, and then to transport it to the sequestration sites. In Texas, they have a network of pipelines for this purpose, but other sites do not, and so transportation becomes another element, and a risk factor. CO2 can be poisonous in high concentrations. The CO2 eruption at Lake Nyos in Cameroon, where 1700 people died, can be taken as a warning of how deadly CO2 can be.

Deep saline storage is used in the North Sea region by Norway’s Sleipner project, where CO2 is injected under pressure into a deep saline aquifer. CO2 readily dissolves in water, and so the aquifer can absorb a great deal of CO2. Current production sees over 1 million tons of CO2 injected into the aquifer every year.

The government of the Province of Alberta recently announced a $2 billion Carbon Capture and Storage project. In this project, CO2 is to be captured and used primarily in Enhanced Oil Recovery operations. While this sounds like a good way to kill two birds with one stone, when CO2 is used in EOR operations, most of it comes back to the surface again, typically to be reused for further EOR operations. Used this way, it would take many cycles of recovery before the majority of the CO2 was interred, and even then, there is always more CO2. This seems unlikely as a long-term solution to anthropogenic CO2.

Related:   What’s It Like at the Orca Carbon Capture Plant?

Other possibilities for carbon sequestration include mineral sequestration. CO2 will readily combine with the readily available metal oxides of magnesium and calcium, forming stable carbonates. While these reactions normally take place over geologic time periods, it is possible to hurry the process using higher temperatures and pressures, though at an energy cost. 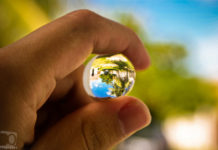 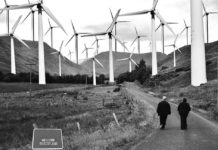 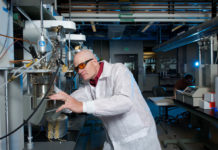 These Tiny Magical Crystal Balls Can Dissolve CO2 and They Just...