There once was a time when people believed that the oceans were an inexhaustible source of food. The collapse of the Atlantic cod fishery, and other fisheries since, has put that belief to bed. Or it should have.

Fishing continues at the same unsustainable rates in much of the world’s fisheries, with newer technologies implemented to scrape the last few fish out a given area. In the case of bottom trawling, this last is quite literal as benthic trawling scrapes along the very bottom to harvest rockfish and other bottom-dwelling fish.

While we are talking about sustainability, we have to define what we mean. A blended model of thinking about sustainable fisheries looks at harvesting a consistent amount of fish, without damaging the ability to harvest fish in the future. This means ensuring genetic viability of all species, as they are interlinked in the food chain.

There are many obstacles to this sort of sustainable thinking, and overfishing is probably the biggest. Overfishing can deplete a fish stock so badly that the ecosystems itself changes, creating conditions where the fish stocks have great difficulty returning to normal, of they can at all.

Related:
EU Fisheries: Confident that 'healthy' level of fishing is ahead

Other factors include environmental changes, largely human-caused, that change the ecosystem. Bottom-trawling can severely disrupt the ocean floor, destroying plants and coral that form the basis of the food chain. Climate change is modifying fish distribution and productivity, putting increased pressure on remaining stocks. Pollution has a number of effects, from increased mercury level in apex predators to hormonal shifts in smaller fish due to plastics that appear to mimic female hormones. Not to mention simply strangling sea creatures.

Some of these problems can be mitigated, but many are beyond immediate remedy.

Greenpeace has called for a world-wide moratorium on bottom-trawling, which would be a good start. Pollution and climate change are harder to control, and any solution will be very long-term. Still worthwhile, but unlikely to show any immediate benefit.

There are, however, a number of other methods that show promise.

Fisheries management is a key part of sustainable fisheries, and setting and enforcing quotas are crucial. These quotas have to juggle the maintenance of the fish stocks, and the economic livelihood of those doing the fishing. Traditional management, however, has tended to concentrate on one or two species (cod, salmon, tuna.) and ignored the rest of the ecosystem. New management techniques have to take into account the entire ecosystem. The so-called “Ten Commandments” outline best practices for doing this:

If we can start following these ideas in our management of fishing, and combine other ideas for greening the earth in general, then we can hopefully look forward to being able to sustain our fish populations while still allowing economic access to thme. 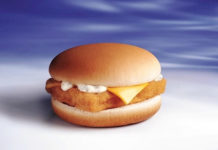