Greener IdealHelping you live sustainably
More
Home News Animals The things they leave behind: Thoughts on losing an animal companion 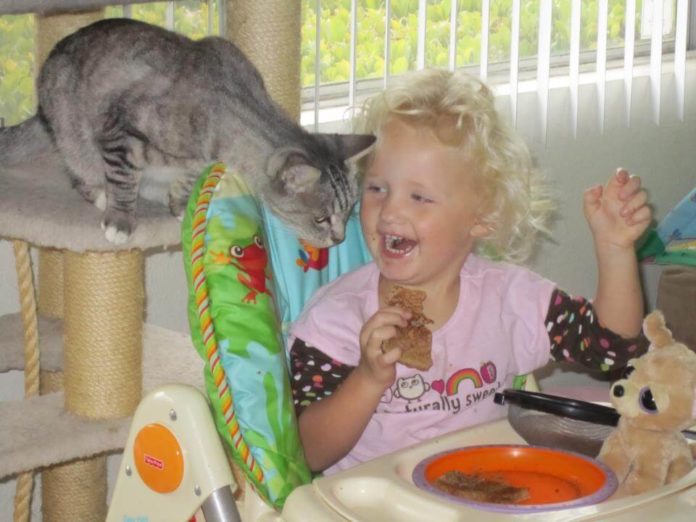 How lucky I am to have something that makes saying goodbye so hard. ~ Winnie the Pooh

The knowing started about a week before my kitty died. The knowing comes after that disbelief stage they talk about, and with it comes the dread that sits like lead in your stomach and fills your lungs, making it difficult to breathe deeply.

Of course you dread the death of a loved one, but the devil’s in the details. The decision must be made, the when and the how of it.

You weigh the pain against the joy. For an animal, it takes a lot of pain to steal the wonder from living.

And for those of us lucky enough to have had an animal teach us how to find delight in the simplest expressions of life, the knowing challenges how rooted we are in everything we have learned from them.

Backtrack almost a year from my cat’s death. I rushed her to the vet, in obvious pain.

“Her organs are shutting down,” the vet had said.

“I want her to die at home,” I told him, trying to hide the quivering in my voice. “If she gets worse, I want to take her home.”

She cried to me as he carried her over his shoulder through the double doors. I suspected I would never hear that cry again, but three days later he said she was improving, and I could bring her home.

“This should have given her another six months,” the vet said, and it sounded like an eternity in the face of losing her without warning.

Go back another 17 years from that day. A meow from the dark alley. A tiny grey and white striped creature charged me without fear, throwing her whole body against my leg. She followed me through the front door. After seeking me out on three separate occasions, I let her in – to my home, my life and my heart and soul.

She was just like every other cat in that she was totally unique. She was Somebody. She sure thought she was anyway. And she was everything to me.

At least, until life started to call me away more and more – moving to Spain, getting married, getting pregnant and then, coming home.

Rooted again, she joined me in my new family, and didn’t leave my side until she was buried beneath her favorite lazy summer spot under the guava tree – the cat equivalent to grandma’s rocking chair and porch.

Related:
Kitty CATastrophe: How your feline impacts on biodiversity

As I was determined that she die at home, I enlisted the services of an at-home euthanasia group. After days of watching her deteriorate and her body fill with fluid to the point that she could hardly walk, I decided the greatest act of love I could show her at that point was to help her go painlessly.

My sister made the arrangements. I simply could not set the appointment for my best friend and baby to die.

12:30. It was a Thursday, an otherwise perfect day with the occasional cotton ball cloud drifting slowly overhead in case the blue of the sky became just too overwhelming. I sat outside on the steps with her, knowing, wondering if she did too.

The vet and her husband walked to my front gate, faces draped in empathy. I met them silently, scooped my kitty’s swollen body up from the cool concrete steps and the world I would no longer share with her, and brought her inside.

I could hardly speak, and had spent a year saying goodbye. So I wanted things to go quickly at that point.

I imagined myself holding her as she died, but after the first shot she jumped up and stumbled to the vet’s husband. Her last act was to throw her body against him, as she had done that first night we met.

He caught her as she fell, and handed her over to me. I held only her head, watching her soul smolder through her eyes. Once asleep, the final shot ended her life in seconds. Her labored breathing stopped, and I was left living in a world where she no longer existed.

But she has left so much behind.

Aside from the Love that had helped to shape my soul for the last 18 years, there were all the pill containers, testament to how sick she had become toward the end – heart disease, kidney disease, thyroid disease and the lymphoma. I threw them away almost immediately. Keeping them made me feel like she was going to use them again someday.

Then there were the various beds I had made for her around the house and the little spots she had perfected. Most of those were quickly taken over by other opportunistic animals who somehow knew they could now claim them.

The most difficult of all the things she has left behind is the hair – the grey-striped hair on the back of the couch where she would lie watching the kids walking to and from school and covering my clothes in my closet where she would hide during family parties.

Related:
ASPCA Offers 10 Ways To Go Green With Your Pets

Dealing with her death has had its moments of insanity and bouts of enlightenment.

Probably the greatest contributor to the insanity is the Guilt. Where, in the last 18 years, did I let her down? What could I have done better? And, of course, I was immediately able to pick out many instances where I could have been a better caretaker.

Because, in the end, for pets, we create their entire life experience, from start to finish. Every day, the richness of their lives depends on how much effort, love and understanding we are willing to give to them.

In a way, it’s a greater responsibility than even with our own human children. I set my kids up and determine the kind of childhood they have, but the quality of maybe 80 percent of their lives will be up to them.

But from kitten to old lady, my cat’s life story was mine to write. And there are so many ways to fall short. I can only hope she understood that I am only human after all, not feline.

After the death of an animal, you will encounter people who want to help you stop hurting. Most will, with good intentions, try to minimize the pain with the it’s-only-an-animal, or you-can-get-a-new-pet approach.

Have pity on these people – they have obviously never lived the Love only an animal can give you.

Then there are those, with much more insight, who will remind you what a great life you gave your animal, and this is important to keep in mind for later, after you’ve wrestled with whatever bits and pieces of Guilt that need to be worked out in order for the healing process to begin.

I’ve always felt that Guild gets an undue bad rap. Our emotions are the processes which help us to make sense out our world. They are all important. And Guilt, if used responsibly and not as perpetual self torture, works to motivate us to avoid repeating past mistakes.

Did I think I was too busy from time to time to respond to her calls for attention? Where there days that went by that I gave little thought to her beauty, her Love for me?

Related:
The Joys of Adopting a Senior Pet

I did fall short some times, and like all lives, my cat’s had its ups and downs, all of which were driven by my actions in my life. But the pain I embraced through my acceptance of the places where Guilt was warranted was like writing an instruction manual making clear the mistakes I should avoid so as not to have to relive these same regrets in the future.

I spent many hours each of her last five nights out on those concrete front steps just sitting close to her. I was so afraid. I told her I couldn’t do it, knowing I would.

Her last sunset was blocked out by a blanket of black clouds. As I sat there with my head against the cold step, the cold helping to suck some of the pain from my soul, a ray of gold forced my eyes open.

The universe sent her a last message of beauty – a silver lining that beat out the cold and lifted me if only for a second from that dark hole. But I sunk quickly back in, questioning how her death could in any way have a silver lining.

She was gone the next day, my last memory her two little ears perked up above the rim of the shoe box she would be buried in.

I did not enjoy the following days. My ears soaked up the laughter of my children, but my grief blocked its warmth from my soul. I only knew she was no longer there to enjoy that laughter with me, sitting as she often did on the porch, observing the wild abandon for life only kids can display.

I went over the last 18 years I spent with her, a few of them the most challenging of my life, and I realized that I would take any one of them back in a second, even the worst of the worst, if only to spend one more day with her.

And as I sat there sad, immune to the splendor surrounding me, I came to realize that there would likely be some point in the future when much of what I still had at that moment would be gone, and I would take even that day back.

So the knowing travelled full circle. Here it sits today, that silver lining, filling me with a constant reminder that every second of every day, even the worst of the worst, is precious when you have someone to Love.