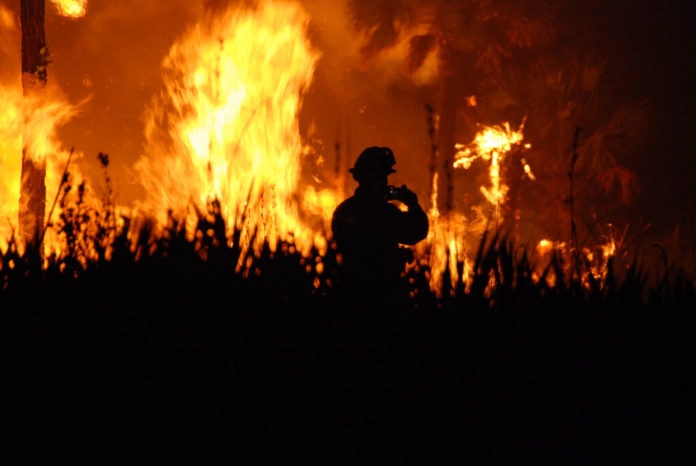 If you think climate change has no correlation with wildfires, think again! Scientists using NASA satellite data and climate models have found that drier climates, courtesy of global warming, will result in increased fires across the United States over the next few decades.

“Climate models project an increase in fire risk across the U.S. by 2050, based on a trend toward drier conditions that favor fire activity and an increase in the frequency of extreme events,” Morton said in a press release.

The researchers calculated results for low and high greenhouse gas emissions scenarios. In both cases, results suggest more fire seasons that are longer and stronger across all regions of the U.S. in the next 30-50 years. Specifically, high fire years like 2012 would likely occur two to four times per decade by mid-century, instead of once per decade under current climate conditions.

Researchers expect a drier and more wildfire-prone U.S. in future decades. Previous research confirmed the connection between the measure of an environment’s potential evaporation, or dryness, and fire activity.