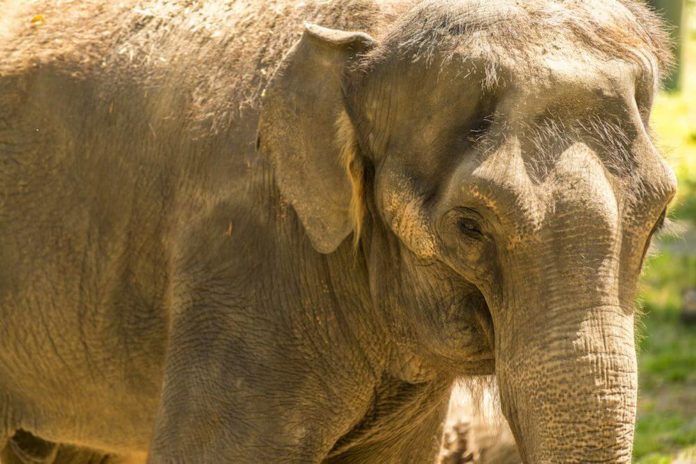 [sam_ad id=”80″ codes=”true”]After the tragic death of one of Woodland Park Zoo’s three elephants in August, the zoo has announced it will close its elephant exhibit.

This comes in the wake of an investigation by the U.S. Dept. of Agriculture which determined that Woodland Park Zoo was in violation of an Animal Welfare Act provision regulating the housing of elephants outdoors.

The USDA found that the zoo’s rain shelter was large enough for only one elephant, leaving the remaining animals to suffer Seattle’s climate, and the “lucky” one inside locked in solitary confinement – this going on for up to 17 hours a day.

The zoo’s announcement sounds like good news at first, a way to make amends for past wrongdoing, but President and CEO of the zoo, Deborah Jensen, insists that the two remaining Asian elephants, Bamboo and Chai, must be sent to yet another zoo “that shares our commitment to animal health and welfare and conservation through education, and provides viewing access to the animals.”

Despite offers from PAWS elephant sanctuary to take Bamboo and Chai at no cost to the zoo, where they would be allowed to roam its 2,700 acres (Seattle zoo offers their elephants one acre) with other elephants rescued from zoos and circuses in a warm climate, Deborah Jensen stubbornly maintains that her two pachyderm prisoners must commit their entire lives to suffer for human entertainment.

The catch in this story is that Seattle Mayor Ed Murray and the city council have the authority to require that the two remaining elephants, who were ripped from their mothers as babies and have spent decades suffering in captivity unsuited to their intelligent, social and sensitive natures, be retired to a sanctuary where they can live out their remaining years with dignity.

Captivity is deadly for elephants. It is an undeniable fact.

Almost all confined elephants are afflicted by chronic arthritis or foot disease, an ailment not seen in wild populations. After years of standing on concrete and being unable to walk the great distances their wild counterparts are hardwired to do as a herd, one in three zoo elephants dies from these afflictions.

[sam_ad id=”80″ codes=”true”]Watoto was 45 years old when he collapsed at the Woodland Park Zoo, after possibly spending up to eight hours lying in agony on the concrete floor, unable to stand back up due to chronic arthritis in his leg joints. Elephants in the wild often live up to 70 years.

Watoto is not the zoo’s only elephant fatality. In 2007, Chai’s six-year-old daughter collapsed and died in front of her from a Herpes virus infection.

Both Chai and Bamboo have chronic foot infections and display neurotic repetitive behaviors due to the stress of being confined, bored and in pain. Their history is wrought with documented abuse at previous zoos that includes being beaten and chained for 17 hours a day for years on end, and up to 112 highly invasive artificial insemination procedures.

These iconic animals have suffered enough at the hands of humans. Education should never be an excuse to force suffering on another creature. There are other ways to learn, and to care. In fact, seeing these unhappy animals jailed in zoos should be what makes us care, what makes us want to do better by them.

Related:
No animal required, but would people eat artificial meat?

We have a long history of dominating these gentle giants, all the way back to Hanibbal and his army of elephants crossing the icy alps, to Thomas Edison’s electrocution of Topsy the circus elephant, and up to this day we continue to subject them to beatings and maternal separation in the name of entertainment and education.

[sam_ad id=”83″ codes=”true”]Perhaps education should work the other way, and we should be consistent in teaching children that humans are different because even though we have the ability to dominate others, we choose not to do so in the name of compassion and understanding, and we will be all the better for it.

We can’t change the mistakes of the past, but we can change the course of the future for these two sweet girls. Demand they be sent to a sanctuary and be given the simple gift of life as it was meant to be lived.

You can change their lives through a few short emails.

Please visit Friends of the Woodland Park Zoo Elephants for email address links to Seattle’s mayor, city council and zoo officials. “Just a simple sentence and/or subject line: ‘Send the WPZ elephants to a sanctuary’ will have a great impact.”