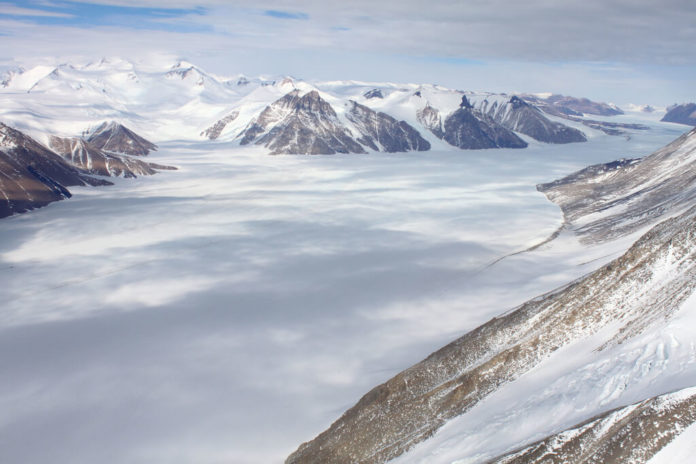 The news for the Antarctica glaciers continues to get increasingly dire. According to a recent study by a Texas A&M University researcher, the melting rates of glaciers in Antarctica are accelerating due to global warming.

Alejandro Orsi, associate professor of oceanography, and his colleagues from the University of Gothenburg in Sweden, “examined the entry to one of three cross-shelf passages in the Amundsen Sea that allow warm oceanic water to reach beneath the ice shelves in front of the Thwaites and Pine Island Glaciers, which show the fastest thinning.” Their findings were far from ideal: They found a year-long persistent inflow of warm bottom water along this trough.

“The first reaction was to look for direct atmospheric anomalies in Antarctica, since air temperature would be easiest to be blamed, but we found that is not necessarily the case here,” Orsi explains in a press release. “These changes are being driven mainly by the ocean, which in turn interacts with the atmosphere in complex ways.”

Orsi further explains that the team’s findings raise new questions about the future:

“What will the rates of Antarctic glacial and ice-shelf melt be in the future, considering that we still don’t know exactly where and how warmer waters come in and contribute to that melting?

Also, what is the ultimate role played by the changing regional winds in both the sea ice and continental ice melt? We know that the average wintertime extent of Antarctic sea ice has increased slowly in recent decades, only about 1 percent per decade, but we also know that there are vast regions such as the Ross Sea with larger and even opposite trends.

We desperately need adequate data from long-term measurements to begin to understand these ocean-air-ice interactions, or to answer some of these questions, and ultimately make projections to the next century. There is no other place in the world like Antarctica, and it is the most likely area to give us answers to many critical climate-related questions.”

Orsi and his team have reported their findings in the current issue of Nature Geosciences magazine. The project was funded by the National Science Foundation.