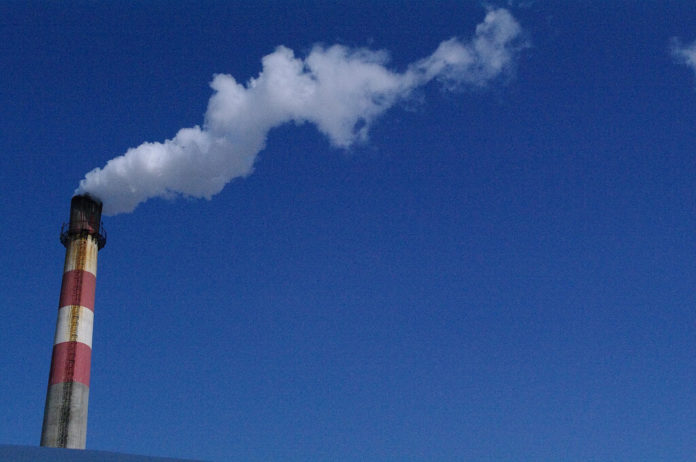 The latest study, issued by the Geneva-based World Meteorological Organization (WMO), come bearing bad news that, for us at least, state the obvious: Green house emission levels are too high. Specifically, the study revealed that since the industrial revolution in 1750, humans have secreted around 375 billion tons of carbon dioxide into the atmosphere.

Wondering where this plethora of carbon dioxide is going? Estimates suggest that half of carbon dioxide remains in the atmosphere while the other half is being absorbed by the oceans and the terrestrial biosphere.

“These billions of tonnes of additional carbon dioxide in our atmosphere will remain there for centuries, causing our planet to warm further and impacting on all aspects of life on earth,” said WMO Secretary-General Michel Jarraud. “Future emissions will only compound the situation.”

“Until now, carbon sinks have absorbed nearly half of the carbon dioxide humans emitted in the atmosphere, but this will not necessarily continue in the future. We have already seen that the oceans are becoming more acidic as a result of the carbon dioxide uptake, with potential repercussions for the underwater food chain and coral reefs. There are many additional interactions between greenhouse gases, Earth’s biosphere and oceans, and we need to boost our monitoring capability and scientific knowledge in order to better understand these,” said Mr Jarraud in a statement issued Tuesday.

WMO explains in a statement the perils of greenhouse gases:

What’s more, more recently a report released by the United Nations Environment Program discloses that the greenhouse gas emission levels are currently significantly higher than they should be. The report explains that the gas levels are 14 percent higher than what they should be by the end of this decade in order to avoid what could potentially be a dangerous and risky level of planetary warming.