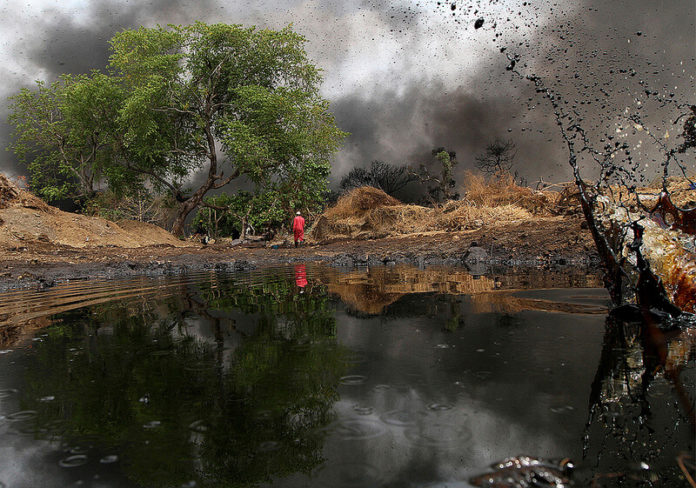 An oil spill last week at an ExxonMobil facility off the coast of Akwa Ibom state in Nigeria has spread at least 20 miles from the original leak location, coating waters used by fishermen. According to Reuters, their reporter witnessed “a rainbow-tinted oil slick stretching for 20 miles from a pipeline that Exxon had shut down because of a leak a week ago.”

Mark Ward, the managing director of ExxonMobil’s local unit,  has apologized to the communities affected by the spill and has disclosed that the pipeline was shut off last Sunday and clean up has been mobilized.

“This is the worst spill in this community since Exxon started its operations in the area,” said Edet Asuquo, 40, a fisherman in the Mkpanak community, to Reuters. “The fishermen cannot fish any longer and have no alternative means of survival.”

This spill is the second major spill near the Exxon facilities, as there was one at the end of August that left oil in the waters for miles along the coast. Unfortunately, oil spills are common in Nigeria since environmental regulations are not enforced and armed gangs often damage pipelines to steal crude oil.

Related:
Is There A Safer Way To Manage The Oil Industry?