Greener IdealHelping you live sustainably
More
Home News Energy This Amazing Algae Farm Gobbles Up Pollution From the Highway Below it!

But how do you combine these two scientific facts in order to reduce CO2 emissions from cars?

A French and Dutch design firm, Collective Cloud, has come up with the answer in the most elegantly simple way possible. An algae farm suspended over a small stretch of highway in Geneva, Switzerland.

[sam_ad id=”85″ codes=”true”]I know, a highway is the last place you’d picture an algae farm (or any type of farm, for that matter!) to be placed.

However, algae is a diverse group of organism and, like plants, it generates energy from photosynthesis using sunlight and carbon dioxide, while spitting out oxygen along the way as a by-product.

Since CO2 is a pollutant that is, as you know, produced by car engines, a busy highway riddled with the environmentally damaging emissions is actually the perfect location to set up an urban algae farm!

The algae farm is set on an overpass over the highway and consists of a closed system of transparent, algae-filled tubes. The tubes are hooked up to secondary equipment such as filters, pumps and solar panels.

Using the abundant CO2 emissions and sunlight, the algae will bloom and mature inside the tubes, filtering the air before being extracted and used for a multitude of applications. According to Cloud Collective, such applications could include biodiesel, green electricity, medication, cosmetic products or even foods. 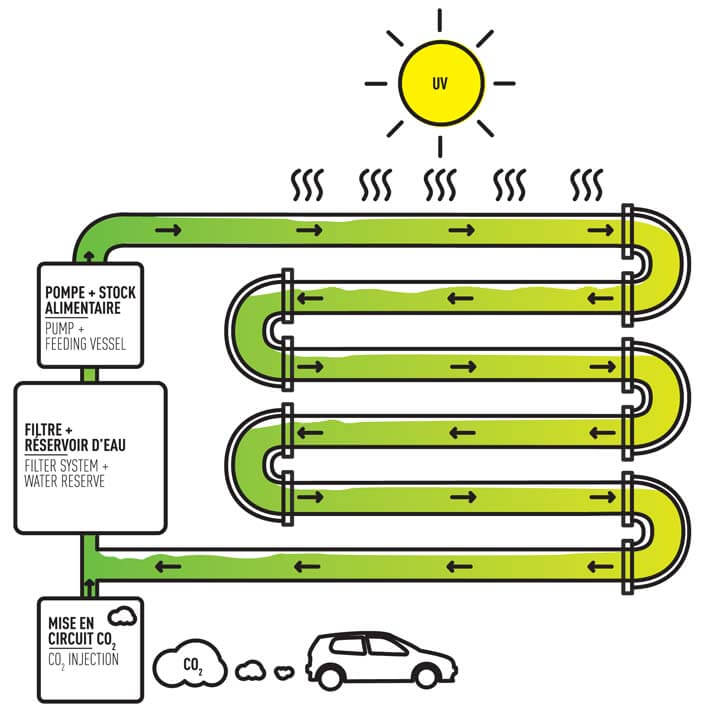 “The functioning and the placement of this bioreactor signal practices of the future: food production in an urban environment, the conservation of green space and the reinterpretation of existing infrastructures,” the Cloud Collective writes on their website.

At the moment, this algae farm is simply a proof of concept (i.e. an installation to explain how easy it would be to do this on a larger scale) that was built as part of a garden festival in Geneva called ‘Villes et Champs’ which “focuses on the co-habitation of the urban and the natural within the context of the urban expansion of Geneva.”

However, it demonstrates how easy it could be to scale-up and install similar systems over larger areas, which is a vital step is raising awareness to the practicality and realistic applications of such a system.

[sam_ad id=”83″ codes=”true”]The Cloud Collective also discusses the utilization of such genertic urban spaces that are usually dismissed as areas that could be used for such applications:

“Our site, a viaduct over a small highway, is particularly violent and quite out-of-tune with the idea of the garden as a peaceful natural haven. Instead, we focus on the character of the site and try to prove that even these locations of highways and car dealers – despite their anonymous and generic character – can play an important role in the production of food and biomass”.

For more information on how the project works, you can check out Cloud Collective’s video of the awesome algae farm here: 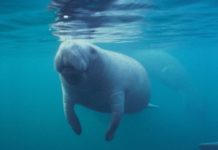