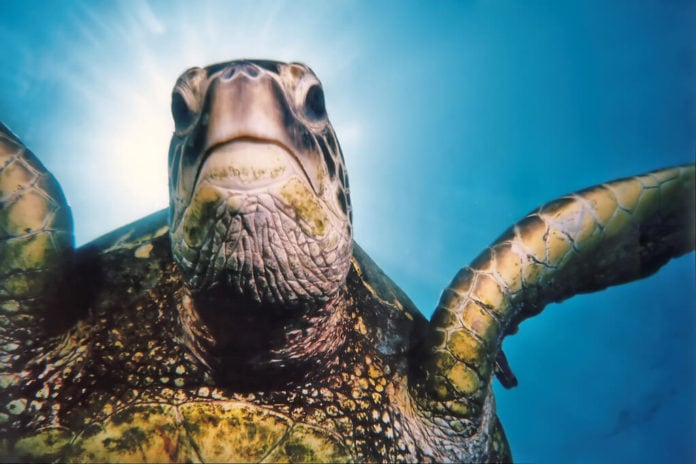 A lawsuit brought by two environmental groups is challenging a recent National Marine Fisheries Service (NMDS) decision to allow the Hawaiian swordfish industry to nearly double the amount of endangered sea turtles it can kill each season.

In 2011, a settlement was reached capping Hawaii’s longline swordfish fishery’s accidental take of endangered loggerheads at 17 and critically endangered leatherbacks at 16.

The lawsuit, filed by the Center for Biological Diversity and Turtle Island Restoration Network, alleges that the NMFS’s most recent decision to allow the fishery to now kill 34 loggerheads and 26 leatherbacks violates the Endangered Species Act by not providing adequate protections for animals on a straight trajectory toward extinction.

“The ocean’s largest sea turtles will soon be extinct unless they’re protected from drowning in fishing gear,” Center for Biological Diveristy ocean’s director Miyoko Sakashita said in a statement. “It’s tragic that these large commercial fisheries are killing animals by the thousands for the sake of a few profitable swordfish.”

Along with sea turtles, sea birds, namely the world’s great ocean traveler the albatross, are suffering from the irresponsible use of longlines in the world’s oceans.

The lawsuit also challenges a permit issued by the Fish and Wildlife Service that allows Laysan and black-footed albatrosses to be killed indiscriminately even though simple technology exits that could save many of the birds now falling victim to the devastating effects of longline fishing.

So we have two ancient survivors of a world millions of years beyond human memory precariously balancing on the edge of extinction, and two species of rare birds dying by the thousands when mitigation methods could easily be put in place.

Then we have the very same agencies charged with keeping those animals from becoming collateral damage of modern humanity brazenly choosing profits over even modest preservation.

“The Fisheries Service has, yet again, abdicated its conservation duties and bowed to the longliners’ insatiable appetite for more endangered wildlife,” said Earthjustice attorney Paul Achitoff, who has been challenging the fishery’s violations for many years. “We will continue to fight for these magnificent creatures as long as the Service continues to ignore the law.”

To get at the swordfish, these longline vessels trail up to 60 miles of fishing line suspended in the water with floats using up to 1,000 baited hooks deployed at regular intervals, hooking or tangling the targeted swordfish, along with all kinds of dolphins, sea birds, sea turtles and other non-target species.

“The Hawaii longline fishery indiscriminately spreads its 60-mile long wall of deadly hooks without regard for the untold number of sea turtles, dolphins and seabirds it kills and injures,” said Todd Steiner, biologist and executive director of Turtle Island Restoration Network. “It is a shame that we must constantly file lawsuits to enforce even the modest protections that these threatened animals are legally guaranteed under the Endangered Species Act. It may be time to consider phasing out this irresponsible fishing technique.”

We recently reported on the proposed expansion of the drift gillnet swordfish fishery in California which uses another unsustainable method to drain the oceans of life.

The same sea turtles facing the expanding “walls of death” in California must also somehow survive the invisible longlines permeating the waters throughout the Pacific as they follow the unchanged migration routes they have used for millennia.

It’s almost as though we are daring sea life to not go extinct. It is clear if there is a profit to be made, a practice will continue even at the cost of the commodity being profited off of, with little regard to anything else that may be lost forever in the process.

At some point or another, those who make a living off of exploiting the ocean will need to find another form of employment.

The question is: will we force them to find a new trade before we’ve lost the mysterious diversity of life in our world’s oceans, or, will they be forced to change only because they’ve exhausted their own commodity?