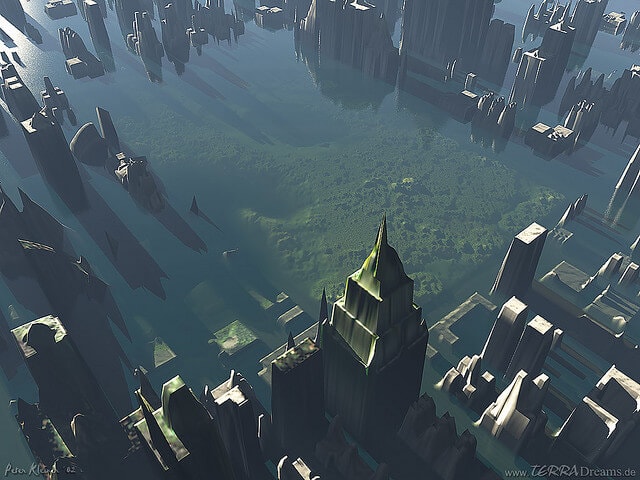 Researchers from Ohio State University have discovered why plants and animals had a hard time recovering from the largest mass extinction in Earth’s history 250 million years ago in the Early Triassic period, and presented their findings this week at the Geological Society of America meeting in North Carolina. The reason behind the event that is now called the “Great Dying”: global warming.

The study found that the environmental impact of rising temperatures was devastating: The species that did manage to survive after facing extinction did not fully recover for 5 million years. Matthew Saltzman, professor of earth sciences at Ohio State, told Science Daily: “The lesson is, life doesn’t just snap back. We’ve long known from the fossil record that there was a long period with very little recovery right after the Great Dying. It’s as if life had a 5-million-year hangover. Now we know why.”

The findings of this study are significant because as history repeats itself with another global warming, we can estimate and speculate the consequences of climate change based on its effects in the past. “If you want to know what’s going to happen in the future, looking at the past provides an important perspective,” says Saltzman. “Global warming has happened before, and in some cases the consequences were severe.”

Saltzman and his doctoral student Alexa Sedlacek analyzed the chemical elements in samples of limestone formed on a tropical ocean floor  from northern Iran about 252 to 248 million years ago. A massive volcanic eruption from the region now known as the Siberian Traps in northern Asia resulted in the release of enough greenhouse gases to dramatically increase Earth’s temperature. Studying the carbon in the rock found that the Earth’s climate was unstable for 5 million years after the Great Dying due to the chemical alteration of the Earth’s climate.

“People are understandably interested in the Great Dying because 90 percent of marine species went extinct,” Sedlacek tells Science Daily. “But the recovery from that event is equally important, because the survivors determined what kind of life we have on Earth today.”

“Extinctions are still happening today,” she adds, “and though things were much worse back then, the greenhouse gases that were made by volcanoes are analogous to the man-made greenhouse gases we have today. So our findings have the power to inform us about modern climate change.”

Science Daily sums up the findings, and warning, from this study fairly effectively:

From that perspective, this study provides a rather foreboding prediction: that there’s no easy road back to prosperity once species start going extinct.