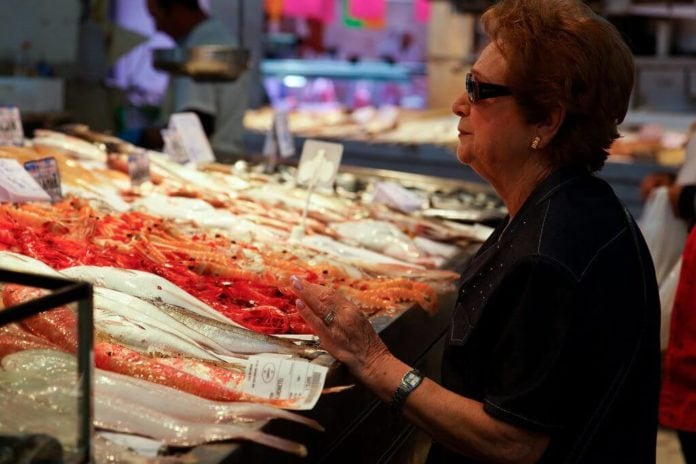 Shrimp jambalaya. Shrimp tacos. Coconut shrimp. On and on this list of delicious shrimp dishes can go, but according to Oceana’s new study, the next time you order one of these, you might not be getting the wild-caught and local shrimp you paid for.

Oceana released a new report focused on shrimp mislabeling, and found that out of 143 shrimp products tested, 30 percent were misrepresented to consumers. The study defined “misrepresentation” as shrimp that were either mislabeled (substituting species or selling farmed shrimp labeled as “wild caught”), misleading (labeling a farmed species as “Gulf”), or mixed/mystery (where different or unknown species were found commingled together in bagged shrimp). This testing was conducted in 10 cities in the Gulf of Mexico as well as Portland, OR, Washington, D.C., and New York City.

Of the 111 retail vendors, both restaurants and grocery stores, visited nationwide to collect shrimp samples, 35% of them sold misrepresented shrimp. The most common swap was farmed whiteleg shrimp sold as “wild” or “Gulf” shrimp. While there is a small whiteleg shrimp aquaculture industry in the Gulf, the majority of this species of shrimp is imported from farms in Southeast Asia and products labeled Gulf are generally assumed to be wild caught.

Of the seven mixed/mystery results, all from grocery stores, different species of shrimp were found to be commingled in one bag, with some of the species found unable to be identified through DNA testing. Testing even found a banded coral shrimp, an aquarium pet not intended for human consumption, mixed in with a frozen bag of salad-sized shrimp.

Related:   Salmon fishermen kill sea lions rather than face their own role in the decimation of the species

In addition to using DNA to determine the shrimp samples’ true identity, Oceana also conducted surveys of grocery stores and restaurant menus, looking for the types of information consumers are given about the shrimp products they purchase. With grocery store products:

Most restaurants did not provide any of this information about their shrimp products to their consumers.

Unfortunately, consumers are not given the information they deserve when buying shrimp, and cannot always be sure of what they are getting. These new results are similar to Oceana’s study on fish mislabeling released last year, in which one-third of the 1,200 fish samples tested from around the country were mislabeled.

As well as being one of the more popular seafood items around the world, shrimp is also America’s favorite seafood, with the average American consuming 4.2 pounds of shrimp in 2011 alone. This high demand has led to a series of problems besides misrepresentation, including environmental concerns and human rights abuses, which consumers may be on the lookout for when they are choosing the shrimp they want to eat. For example, some people may prefer to eat wild-caught shrimp over farmed because of health and environmental impacts of aquaculture.

Leaving seafood buyers in the dark about shrimp and misrepresenting products provides an unfair advantage to fraudsters and illegal actors.  This lack of information even results in missed marketing opportunities for domestic shrimp, as half the tested samples that were labeled as simply “shrimp” were wild-caught shrimp from the Gulf of Mexico.

In order to tackle the important and ongoing problems of seafood fraud and illegal fishing, President Obama created a task force in June that is charged with developing recommendations to ensure that the seafood sold in the U.S. is legally caught and accurately labeled. This federal agency effort is the perfect opportunity for the U.S. to prove its leadership on stopping seafood fraud and pirate fishing. The task force should increase the transparency of the seafood supply chain by requiring traceability for all seafood. Traceability, or tracking a product from boat to plate, would help ensure that seafood originated in a legal fishery, provide seafood buyers with more assurances about their purchases, and give consumers the details they need to make informed decisions. 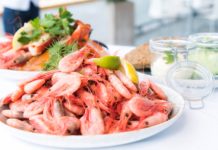 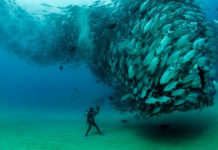