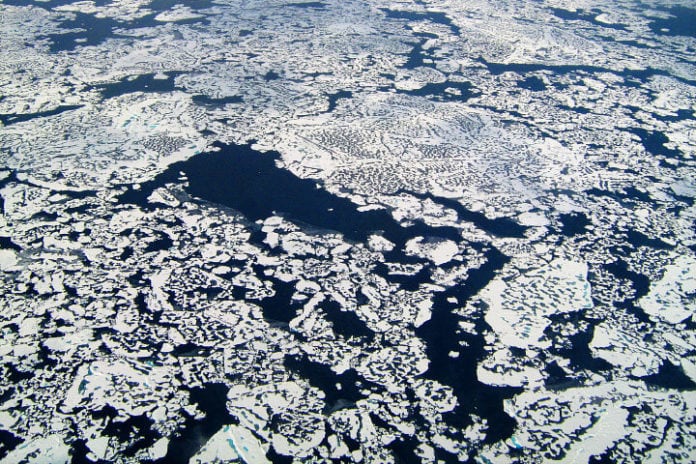 A recent study published Wednesday in the peer-reviewed journal Nature found that there are frozen methane deposits trapped under nearly 4,000 square miles of seafloor in the Gulf Stream off the East Coast. Methane, for those who don’t know, is an extremely potent global warming gas—more so than carbon dioxide—and a large scale release would result in significant detrimental climate changes. The experts reveal that the temperature changes in the Gulf Stream are “rapidly destabilizing methane hydrate along a broad swathe of the North American margin.”

The team of scientists used seismic records and ocean models to come up with the estimate that there are 2.5 gigatonnes of frozen methane hydrate  that could separate into methane gas and water. If released, the methane gas would rise up through the ocean, enter the atmosphere and add to the greenhouse gases that are currently warming the planet.

While 2.5 gigatonnes won’t trigger a significant climate shift, scientists fear that there are other such deposits around the world that can add up to a more significant change.

“It is unlikely that the western North Atlantic margin is the only area experiencing changing ocean currents,” they noted in their publication. “Our estimate … may therefore represent only a fraction of the methane hydrate currently destabilizing globally.”

Evidence of other methane reservoirs already exists: Earlier this year we shared news of Antarctic Ice Sheets sitting on methane reservoirs. According to the report, published by an international team of scientists in Nature, the Antarctic Ice Sheet has sedimentary basins beneath it with organic matter dating back to 35 million years ago. Also in these basins are  micro-organsisms living in low-oxygen conditions, which convert the organic matter into methane–a greenhouse gas 25 times more potent than carbon dioxide. Essentially, large methane reservoirs lay beneath the Antarctic Ice Sheet and should the ice sheet melt, the methane can potentially be released into our atmosphere and speed up the rate of global warming.

“It is easy to forget that before 35 million years ago, when the current period of Antarctic glaciations started, this continent was teeming with life,” coauthor Slawek Tulaczyk, a professor of Earth and planetary sciences at UC Santa Cruz said to Science Daily. “Some of the organic material produced by this life became trapped in sediments, which then were cut off from the rest of the world when the ice sheet grew. Our modeling shows that over millions of years, microbes may have turned this old organic carbon into methane.”

The team of scientists have estimated that “50 percent of the West Antarctic Ice Sheet (1 million square kilometers) and 25 percent of the East Antarctic Ice Sheet (2.5 million square kilometers) overlies pre-glacial sedimentary basins containing about 21,000 billion metric tons of organic carbon.” These calculations lead the scientists to believe that the “amount of methane hydrate and free methane gas beneath the Antarctic Ice Sheet could be up to 4 billion metric tons.” That’s almost the same amount of methane that some scientists estimate exists in the Arctic permafrost soils and the lower end of estimates for methane trapped under the Arctic Ocean!

Related:
Jim Prentice Steps Down as Minister of the Environment