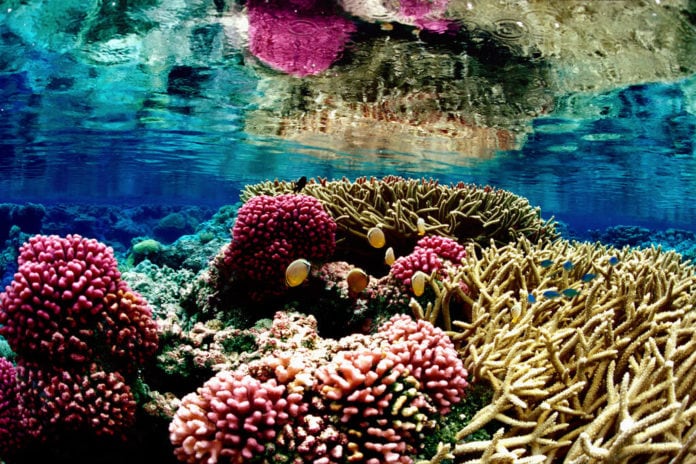 A robot was sent deep into Australia’s Great Barrier Reef—deeper than any human diver has gone—only to find that the reef is very healthy and not suffering the consequences of storms, warming seas and pollution that  the shallower coral is. This is positive news since scientists hope the deeper coral will help repair the shallower reefs; the Great Barrier Reef has had a 50 percent decline in the last 50 years.

“Up until now our knowledge was limited to the shallow reefs accessible by scuba diving,” Ove Hoegh-Guldberg, chief scientist for the Catlin Seaview Survey, said in a statement. “In reality, that provided us with an incomplete picture.”

A combination of specialist deep sea divers and remotely operated vehicles (ROV’s) with high definition cameras will undertake a comprehensive photographic survey of the coral communities at depth. It is expected a number of new species may be revealed, as has already taken place on the Catlin Seaview Survey’s pilot expeditions. Scientists will utilise the same automated image recognition technologies as the shallow reef survey and with accurate geo-positioning systems on the ROV’s, this will allow the photographic surveys to be repeated to monitor changes over time. Additionally, temperature monitoring stations will be deployed to provide better insight on the ability for deep reefs to act as a refuge from increased surface seawater temperatures. All this data will be made available in the Global Reef Record.

The vulnerability of deep reefs to the problems of rising ocean temperatures and acidity will be measured using custom designed experimental chambers (in situ) and unique climate change environmental simulation facilities. Specimens and tissue samples will be collected to determine whether there are genetic connections between the shallow and deep reef corals. If a connection is proved, there is potential for damaged shallow coral to recover through a combination of conservation techniques and natural seeding of the reef.

The robot went between 90 and 300 feet “revealing a wholly different picture which now includes the deep reef environment” allowing scientists to study the deeper coral.

Carden Wallace, a coral expert at the Museum of Tropical Queensland, shares that the abundance of diversity is surprising. She adds: “Using the ROVs to film and collect samples at this scale is simply unprecedented in Australian waters.”

That diversity includes corals that “are much flatter, more plate-like than the branching and domed shapes seen nearer the surface,” said Pim Bongaerts of the University of Queensland’s Global Change Institute to MSNBC. “This is the corals responding to the reduced light conditions and spreading out to maximize their exposure to light.”

It “could provide coral recruits for the upper levels of the reef, providing a potential for them to help in the recovery,” Bongaerts added. “At the moment we know little about the extent of larval movements between the shallow and deep reef, but we are seeing species that exist in both zones.”