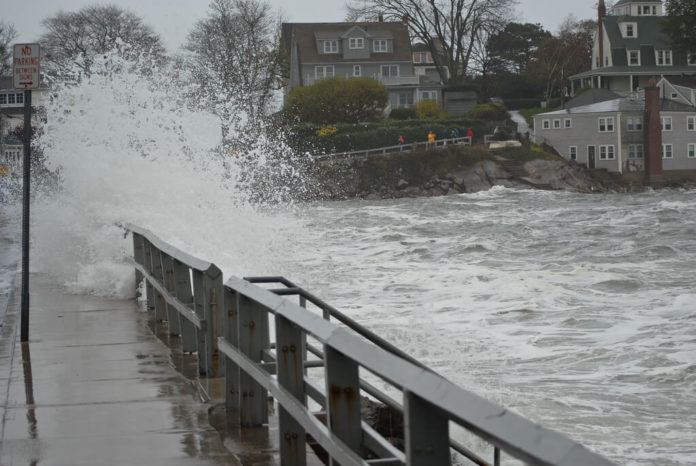 A mandatory evacuation has been implemented in New York City, as residents there brace for Hurricane Sandy. But a group of climate change activists braved the calm before the storm this past weekend to hold a rally in Times Square.

The Huffington Post reports that the leading environmental activist organization 350.org organized the event. It was titled “Connect the Dots between Extreme Weather and Climate Change”.

Critics are asking if climate change is to blame for Sandy and the terrifying destruction she has caused so far.

“We’ve never really done anything like this before, but climate change hasn’t really reared its head in this kind of way before,” Phil Aroneanu, the co-founder of 350.org, told The Huffington Post. “Even though you can’t attribute every storm to climate change, the average of 5-degree warmer oceans have created so much more vapor for the storm to pick up and dump on NYC and Boston.”

Officials have shut down New York City schools, businesses and public transportation systems. But despite the ominous precautions, close to 100 activists and 350.org supporters showed up at Times Square for the rally. They reportedly held a banner emblazoned with the words “End Climate Silence,” clear enough to be legible from the landmark’s surrounding skyscrapers.

Aroneanu told The Huffington Post that, among other things, the banner is a nod to the lack of attention climate change has received in this year’s presidential election season. For the first time in a generation, the issue of climate change was not specifically raised in a presidential debate.

“It’s frustrating especially from the president. Just yesterday on his MTV appearance, he spoke about climate change, so he knows young people care about it in particular,” Aroneanu told the news agency. “But as a leader, even though Americans don’t want to hear about it, he’s got to speak truth.”

Although 350.org leaders stressed that their first priority is for everyone to stay safe during the storm, Aroneanu told The Huffington Post that this should also been as an opportunity to discuss climate change. Aroneanu is convinced that the phenomenon will bring more extreme weather in the coming years.