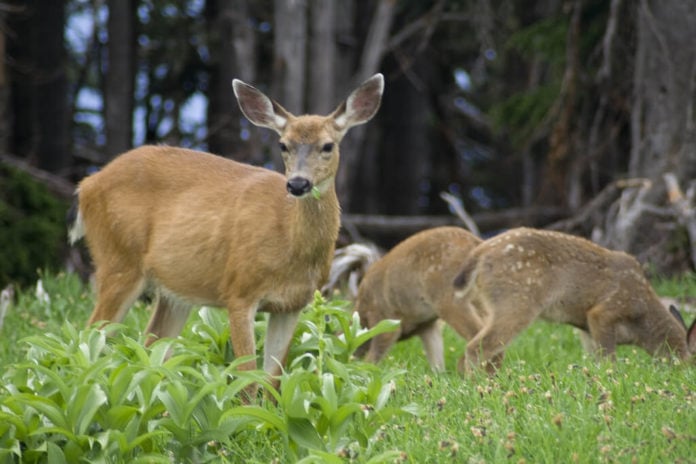 A Washington campaign to try to stop a planned deer cull has taken a legal turn.

Animal rights activists filed a lawsuit on Thursday, saying the plan to cull deer in Washington’s Rock Creek Park would create a “killing field” in the heart of the U.S. capital.

According to Reuters, the deer population in the park has soared in recent years. Some observers say this has creating a threat to plant life. The National Park Service said in May that it would launch a program to trim numbers to 15 to 20 per square mile (six to eight per square km), from 67 (26) recorded in a 2009 census.

Residents and activists filed the suit in a U.S. District Court. Reuters reports that the documents charge that the planned cull in the 12-mile-long (19-km-long) park would create a “killing field” in the heart of Washington.

The NPS plans to use reproductive controls or sharpshooters to cut deer numbers. Shooting would be carried out mostly at night in the winter and autumn and the meat donated to food banks.

Reuters reports that the lawsuit was filed by five area residents, including economist Jeremy Rifkin. The In Defense of Animals advocacy group reportedly said the NPS would be violating its statutory obligations to conserve wildlife and allow visitors to enjoy the park.

The news agency goes on to report that the suit also said that if the cull went ahead, it would be the first time the killing of wildlife had been allowed in the park since it was created in the 19th century.