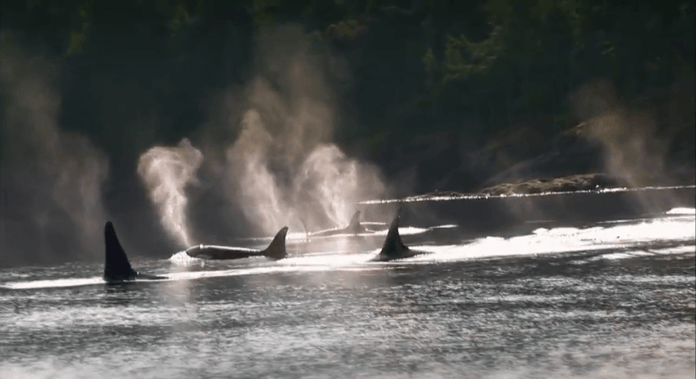 It doesn’t take a Ph.D. in marketing to figure out that promoting cruelty to animals is probably not the most business-savvy idea. And it doesn’t take a Ph.D. in marine biology to figure out that orcas and other marine mammals don’t want to be taken out of the ocean, shoved into what is tantamount to a bathtub, and forced to perform confusing tricks every day in exchange for fish.

So why is Macy’s allowing a SeaWorld float in its Thanksgiving Day parade? Especially considering that since the release of Blackfish, everyone and their brother is talking about the cruelty of keeping orcas in captivity.

The game-changing documentary tells the story of the frustrated captive orcas at SeaWorld and other marine parks, especially Tilikum, who has killed three people while in captivity.

The narrative is relayed by the people who witnessed it all: the whale trappers who ducked their heads in shame and reluctantly confessed to stealing the orcas they wanted from their pods and killing a number of the others, the former marine park executives who admitted that orcas are mercilessly starved when they aren’t learning tricks fast enough, and the trainers who were instructed to lie to the public about the animals’ health and welfare as well as to destroy the videos of frustrated, depressed orcas acting out as a result of their aggravation by injuring themselves, each other, and their captors.

Even after the closing credits, many people were still sitting motionless in the theater, trying to process what they had just seen. As Blackfish makes painfully clear, these intelligent, family-oriented, majestic animals should not be spending their lives in tiny pools, forced to perform so that people can have a few minutes of entertainment.

PETA has sent Macy’s plenty of information about how orcas suffer in aquariums, but the company has refused to pull the offensive SeaWorld float from the parade lineup.

Anyone wishing to complain to Macy’s about the float can use this form.

And to see the real SeaWorld for yourself, tune in to CNN tonight (Thursday, October 24) at 9 p.m. Eastern, when the network will air Blackfish in its entirety. The trailer is embedded below.