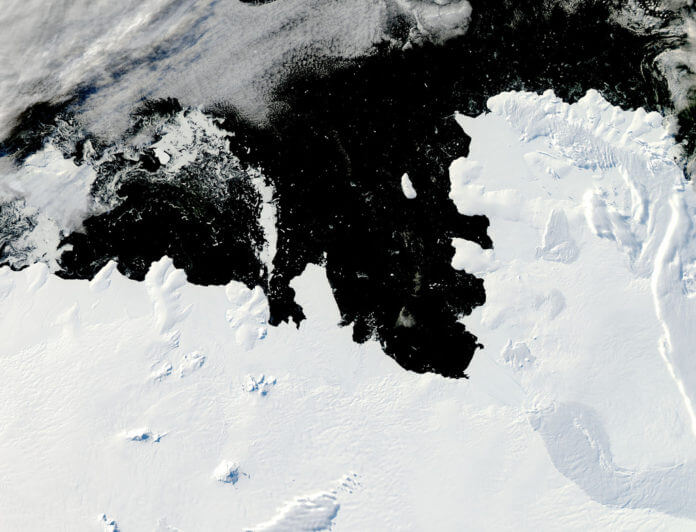 A coalition of environmental groups are arguing that a vast secion of the waters off Antarctica must be protected from fishing and other industries.

The Antarctic Ocean Alliance (AOA) says more than 40% of the region must be given protection before one of the world’s last true frontiers is damaged beyond repair by human activity.

The group’s members include Greenpeace and WWF. It says it has identified 19 “key Antarctic marine habitats”. The coalition argues these habitats must be protected as part of the largest network of marine protected areas ever created.

The Guardian reports that the group is urging the UK government to throw its weight behind the proposals. Steve Campbell is the AOA’s co-ordinator. He says the UK would be an ideal champion because it has already taken a lead in creating protected areas in the Southern Ocean, such as the Southern Orkney Islands Southern Shelf marine protected area.

According to the alliance, the rising demands of the fishing industry are putting enormous pressure on marine ecosystems in the Antarctic. These demands are threatening the health of animal populations such as penguins, whales, seals, fish and krill.

The AOA’s newly-released report is titled “Antarctic Ocean Legacy: A Vision for Circumpolar Protection”. It noted that the Southern Ocean accounts for 10% of the world’s seas. Yet, less than 1% of it is “strictly protected” despite being home to vast numbers of animals, many of them vulnerable to interference.

American actor Leonardo DiCaprio is also an active campaigner of the Antarctic. This past week, he publicly urged citizens to speak up in support of protecting the ocean:

Related:
Green on the Red Carpet with Livia Firth & the GCC

“Within days, governments could begin turning wide stretches of the Antarctic ocean into the world’s largest marine sanctuary, saving the habitat of whales, penguins, and thousands of other polar species from industrial fishing fleets. But they won’t act unless we speak out now.

Most countries support the sanctuary, but Russia, South Korea and a few others are threatening to vote it down so they can plunder these seas now that others have been fished to death. This week, a small group of negotiators will meet behind closed doors to make a decision. A massive people-powered surge could break open the talks, isolate those attempting to block the sanctuary, and secure a deal to protect over 6 million square kilometers of the precious Antarctic ocean.

The whales and penguins can’t speak for themselves, so it’s up to us to defend them. Let’s change negotiators’ minds with a massive wave of public pressure — Avaaz will surround the meeting with hard-hitting ads, and together we’ll deliver our message to delegates via a deafening cry on social networks. Sign and share this urgent petition.”