Greener IdealHelping you live sustainably
More
Home News Environment Did You Know That These 10 “Good” Foods Aren’t So Good After... 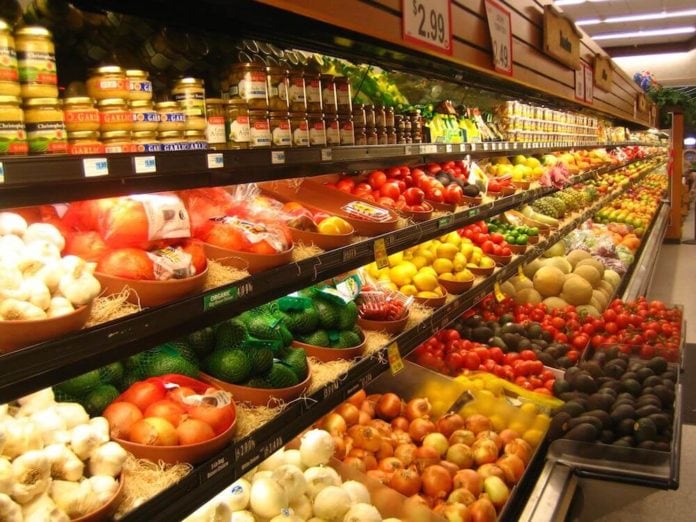 [sam_ad id=”80″ codes=”true”]Recently it’s come to my attention that many of my healthy food choices aren’t so healthy for the planet.

In particular, avocados and almonds.

Avocados have become almost a food staple for me over the past few months. They were easy to prepare, easy to add into different dinners, they’re full of healthy fats (which I sometimes find hard to add to my diet) and they came at a reasonable price!

However, Mother Jones went and called me out.

Well, not me personally but all avocado lovers.

Turns out that avocados take a ton of water to produce (74.1 gallons per pound, to be precise). And what makes thing worse is that out of season (when California can’t grow them) they’re grown mainly in counties such as Chili that really need that water to, well… live.

Almonds have become somewhat of a staple for me too. I’ve been lactose intolerant since I was born and have struggled with finding replacements for dairy that are just as delicious and nutritious. And I can’t stand soy milk.

Yay, almond milk to the rescue!

Except, apparently almonds take a ton of water to grow too.

(Thanks Mother Jones. I’ll have no food left in my refrigerator if you keep this up.)

All the foods we purchase represent a certain amount of energy and water that are hidden from the consumers. The process of creating a chocolate bar isn’t evident to a consumer standing at a till, we don’t see the cocoa plant, the men and women tolling away to harvest it, the factories that ground it, and wrap it and transport it.

Obviously, I’m not going to stop buying all supermarket groceries, and I don’t expect you to either. But if we look at the worst offenders and limit the amount of times that we purchase these, then perhaps we can start to feel a little less guilty about the huge environmental footprint our eating habits are leaving on the world.

Related:
Rubbermaid Announces Waterless ecoUrinal to Save Water in the Bathroom

Meat is always going to be high up on this list, of course. But if you thought beef was the big meat offender, you’d be wrong.

Lamb has a 50% higher carbon footprint than beef, according to the Environmental Working Group. Every 4 oz. of lamb consumed is equivalent to driving seven miles in your car – That’s an average of about 20 kilograms of CO2 put into the atmosphere for every pound of lamb. On the water side of things, every 1 pound of lamb requires 1,157 gallons of water to produce it.

That makes me feel a little bit better about that avocado salad I ate last night.

Of course, beef comes in as a close second to lamb.

Beef production releases the equivalent of driving about 6 ½ miles in your car for every four oz. consumed and it  requires over 2,400 gallons of water to produce one pound of beef.

So while it uses more water than lamb, it leaves less of a carbon footprint.

In the U.S., corn uses more land than any other crop – in the U.S. alone cornfields span some 97 million acres (that’s about the size of California, or twice the size of New York state) – and consumes a large amount of our freshwater resources – over 6 billion gallons each year – including an estimated 5.6 cubic miles per year of irrigation water withdrawn from America’s rivers and aquifers.

And fertilizer use for corn is massive: over 5.6 million tons of nitrogen is applied to corn each year through chemical fertilizers, along with nearly a million tons of nitrogen from manure. Much of this fertilizer, along with large amounts of soil, washes into the nation’s lakes, rivers and coastal oceans, polluting waters and damaging ecosystems along the way. The dead zone in the Gulf of Mexico is the largest, and most iconic, example of this.

Palm oil is a type of vegetable oil that can be found in about 50% percent of all consumer goods.

The deforestation that is related to palm oil creation is so bad that estimated to contribute more than 558 million metric tons of CO2 to the atmosphere by 2020, not to mention killing animals.

I know, I know – not the chocolate!

But you knew it was bad.

And while chocolate is a $50 billion industry, the cacao plantations are responsible for huge amounts of deforestation (not to mention huge fair trade issues).

A two-ounce bar of chocolate has a carbon footprint of 169grams (with packaging only constituting 2% of this estimate).

The production of cane sugar has resulted in a greater loss of biodiversity than any other crop on the planet. According to the World Wildlife Fund, “A dozen countries around the world devote 25% or more of all their agricultural land to the production of sugarcane”.

Related:
The World’s Most Sustainable Washroom, Created by Satino Black

In Florida, the run-off of phosphorus from sugar cane fields is largely responsible for the decline of the Everglades. It can take up to 5,000 gallons of water to grow one acre of sugar cane.

The entire process of creating cheese, such as raising and maintaining the cow itself, comes at an extremely high energy price. There is 16.5 kilograms of CO2 emissions for every kilogram of consumed cheese. For imported cheese, this number can double.

[sam_ad id=”83″ codes=”true”]Industrial salmon farming is considered an extremely hazardous and destructive practice in modern aquaculture production system due to industry practices of using open net-cages that are directly linked with the ocean, allowing farm waste, chemicals, disease and parasites to be released directly into the water, thus causing harm to marine life. And we haven’t even started to talk about the antibiotics, vaccines and pesticides that are used to keep the salmon healthy, but you can read about that here.

Raising carnivorous fish such as salmon means that the fish need to be fed high-protein food, meaning that they eat more fish than they produce.

Moreover, most salmon is air shipped, which brings its total carbon footprint equivalent to driving your car three miles for every four ounce consumed.

In the U.S., egg farmers produce around 79 billion eggs per year, with the average 24 ounce carton of eggs having a carbon footprint of 5 pounds.

However, the average egg weighs two ounces but has a huge water footprint of 200 liters.