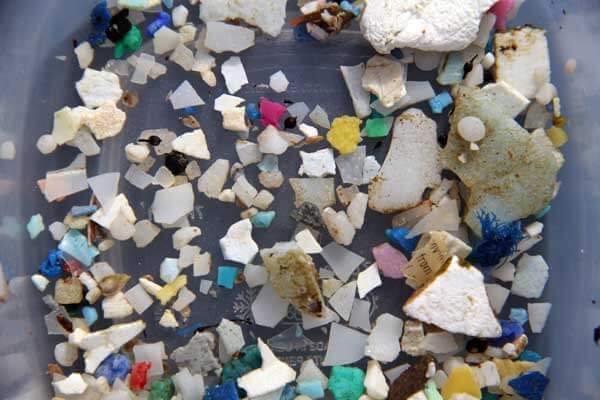 New findings from the Tara Oceans research expedition reveals a startling discovery – the presence of plastic fragments in all of the world’s oceans. Based in the French research vessel Tara, a team of 15 scientists are on a comprehensive, 2.5 year voyage spanning 70,000 miles in search of the ocean’s smallest citizens: plankton. The team has currently sampled and labelled 1.5 million species of plankton, which is twice the previous estimate of existing plankton species. During their search, however, the team noticed more than just oceanic animal samples; the team found a startling amount of microscopic plastic, with some areas reaching over 50,000 plastic fragments per square kilometre.

What is perhaps most surprising about their discovery is that they found these plastic fragments in the Antarctic, an areas once thought pristine due to its isolation. In fact, despite this assumption, the team found 50,000 plastic fragments per square kilometre – an amount starkly close to the global average. It appears that oceanic drift has allowed mankind to affect even the most remote oceans of the world.

These microscopic fragments, which can be smaller than the size of a cell, present themselves as chemical hazards for both the plankton and the fish swimming with them. Plastics are inedible, and cannot be degraded by a fish’s digestive system; if these fragments manage to accumulate, they could cause fatal constipation by blocking the digestive system partially or entirely. As well, some plastics are known to be toxic, with others capable of attracting other toxins such as DDT and PCB.

With so much plastic floating alongside the plankton, animals that eat plankton can accidentally ingest these fragments in the process. If an animal eats enough of these plastic fragments (and associated toxins), it could prove fatal. What’s worse is that the fragments and toxins accumulated in the animal could transfer to others when the animal is eaten, potentially killing more animals in the process. Notably, the life of these plastic fragments could take thousands of years to fully decompose; these fragments could end up wreaking havoc upon oceanic ecosystems for thousands of years to come.

What is perhaps the most depressing thing about these fragments is how they are not going to slowly disappear – they will only continue to increase from here. Larger, more visible plastics – which can range from water bottles to large plastic containers – are also in abundance in the oceans, with an average of 46,000 visible plastics per square kilometre. Due to photodegradation (wherein the sunlight breaks the plastics down into smaller chains and pieces), these larger plastics degrade into the small, microscopic fragments that  the Tara Oceans expedition team found.

If all the several hundred billion tons of large plastics in the ocean today degrade into these fragments, the ocean would be in a tight predicament. Plastic fragments would overwhelm plankton populations, making it that much harder for these small but crucial animals to survive. Since phytoplankton (plankton capable of photosynthesis) generate almost half the amount of oxygen we breath each year, we could very well end up choking for breath just as much as the plankton are in their plastic soup. What this means is that we cannot be passive about all the plastic in the oceans. If we ever wish to make our ocean healthy again, it would have to be through dynamic action, such as collecting the waste and recycling it ourselves.