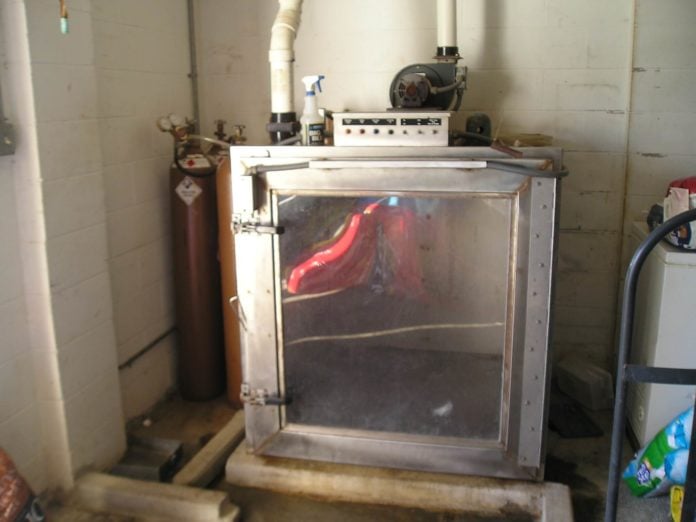 A resolution expressing opposition to the use of gas chambers to kill animals unfortunate enough to meet their end at a U.S. shelter still practicing that barbaric form of euthanasia has been introduced into Congress.

House Resolution 736, introduced by co-chair of the Congressional Animal Protection Caucus Jim Moran of Virginia, expresses opposition to the use of the gas chambers and calls for states to enact their own bans and remove barriers that make it illegal for shelters to obtain injectable euthanasia drugs directly.

While not a direct federal ban, the resolution sheds light on the uncomfortable facts surrounding the use of gas chambers to poison shelter animals.

Animals of all sizes, ages and health status are forced into a metal box and locked inside as the toxic gas fills the chamber. These gases kill by shutting down vital organs even before unconsciousness sets in, resulting in pain and stress. Often, animals become aggressive and attack each other in terror.

In contrast, a lethal injection of sodium pentobarbital first induces unconsciousness before shutting down the organs.

Stories of animals surviving the gas chamber have made the little survivors poster puppies for raising awareness about the unnecessary use of such a cruel form of death.

Quentin, a Besenji mix, is one such poster puppy who tours the country educating communities and public officials about the alternative to gassing.

When a St. Louis shelter worker opened the chamber after 30 minutes of gassing the dogs inside, Quentin stood among the victims alive and well. As the workers didn’t have the heart to re-gas him, he was adopted by the founder of Stray Rescue of St. Louis, Randy Grim.

Only 19 states currently have outright bans on the use of gas chambers to kill unwanted pets, and another 15 states have the legal authority to acquire and use euthanasia drugs so that whether to use the gas chamber or lethal injection is up to the individual shelter to decide, according to the Humane Society of the United States. 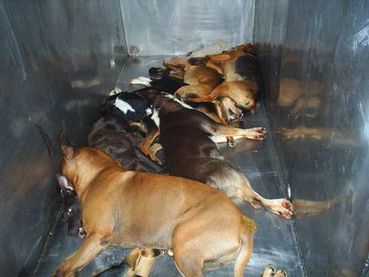 The remaining 16 states actually have laws giving shelters no authority to acquire the drugs needed for humane euthanasia so shelters not wanting to gas their animals must rely on the cooperation of a local vet to provide them.

The resolution reports that nearly half of the six to eight million animals entering U.S. shelters are killed – a tragedy of epic proportions in and of itself. There is no reason to add torture to the waste of so many millions of lives whose only crime was to be born into a society that classifies some forms of life as property.

Click here to email your support for this resolution.

To help relieve the suffering of millions of animals seeking only love and a home, adopt from shelters, spay and neuter your own pets, and any animal you can get your hands on!