If you’re the adventurous type, you’ve probably heard of kopi luwak, or civet coffee, before. The beans are known for their distinct flavor — a taste created by digestive enzymes as the coffee cherries pass through the digestive tract of the wild Asian palm civet. In the early 80s, kopi luwak was rare, highly prized within Indonesia, and virtually unknown in the rest of the world.

That all changed in 1991, when Tony Wild’s company, Taylors of Harrogate, imported a single kilogram of the rare coffee into the UK as a curiosity. To Wild’s shock and dismay, the local media ran with the story, exploding demand for this rare and expensive coffee — leading poachers and coffee growers to turn to cruel and unethical production practices in order to meet demand.

Instead of the traditional practice of gathering the droppings of wild civets, producers are illegally capturing the animals and placing them in small cages. They’re force-fed an exclusive diet of coffee cherries, which causes them nutritional deficiencies and can eventually kill them. The normally-solitary animals also don’t deal well with being caged near one another, and the stress can cause them to fight among themselves and even gnaw off their own legs. The worst part? This practice is spreading to other countries where palm civets live — including India, Vietnam, China, and the Philippines.

Part of the reason for kopi luwak’s high price tag is the mythology behind the product. If it were truly gathered from wild civets in the jungle, very little would be produced each year. Retailers use this to justify prices between $200-400 a kilo — even though the practice has been industrialized and this product is no longer “rare.” A recent BBC investigation found that kopi luwak labeled as “wild” is often produced in caged conditions, so even concerned consumers can’t be sure that their coffee isn’t being served up with a side of animal cruelty.

As Tony Wild points out in his new campaign “Cut The Crap: Say No To Kopi Luwak,” it’s not just the wealthy consumers of this “quirky” coffee who should care about the cruel practices used to farm it. There are many large coffee companies who buy regular beans from suppliers who also farm kopi luwak — so if your favorite coffee shop is on the list, your morning latte might indirectly be funding this cruel trade. Skip to the end of this document to find out which brands to avoid. 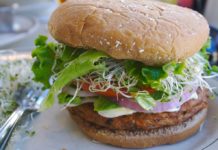