Sea otters are a vital part of our environment, more so than you may even realize! But they haven’t always had an easy life.

To celebrate Sea Otter Awareness Week this week, here are a few interesting facts about the Sea Otter.

Researchers have estimated that the world population of sea otters once numbered anywhere between several 100,000 to 1 million, but during the 18th and 19th centuries the sea otter popular was reduced to between 1,000 – 2,000 due to pelt hunting by fur traders.

Sea otters gained protection from hunting with the International Fur Seal Treaty of 1911, but it wasn’t until they were listed as endangered under the Marine Mammal Protection and Endangered Species Acts in 1977 that the population of Sea Otters began to noticeably increase.

While numbers have steadily increased to approximately 107,000, the Sea Otter has yet to fully recover from such a blow.

Sea Otter Fact #2: Sea Otters Are The Fatties Of The Family 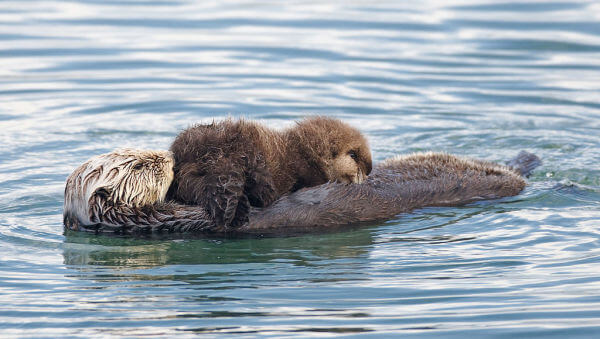 Sea Otters are a part of the weasel family, and actually claim the top spot as “heaviest member”. Sea Otters eat 25% of their body weight each day.

However, they are also the second smallest marine mammals. 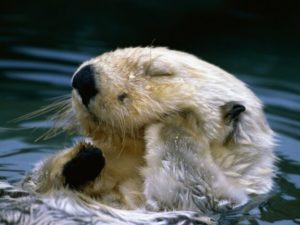 Unlike other marine mammals, Sea Otter’s don’t have a layer of blubber to keep them warm. Instead, sea otters have the densest fur in the animal kingdom.

Related:
The Sea Shepherd vs the Whalers

Sea Otters’ hair can range between 250,000 and a million hairs per square inch.

The fur consists of two types: Long Waterproof “guard hairs” and short underfur.The guard hairs keep the undercoat dry, thus making sure that water doesn’t touch the Otter’s skin and that is trapped.

Otters always have hair, as they don’t have a specific molting season. Instead, their hair sheds throughout the year making sure that the Otter is always protected.

Because it’s important that the Otter’s hair be clean in order to keep them war, an Otter spends numerous hours grooming itself. Otters can reach any part of their body in order to groom their fur. 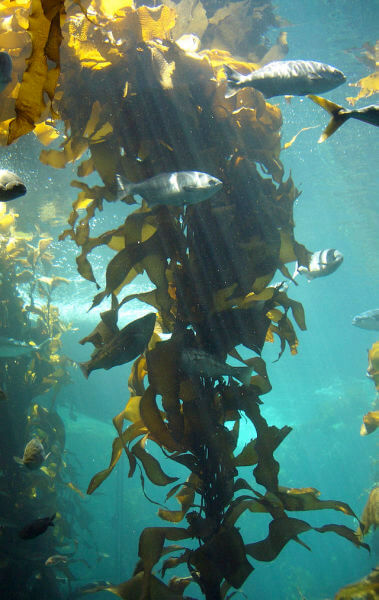 Sea Otters are a keystone species, meaning: They have a larger impact on the environment than their size and numbers might suggest.

Sea Otters eat urchins, abalone, mussels, clams, crabs, snails and about 40 other marine species. If it weren’t for the Sea Otter, these animals would eat the kelp that plays a huge role in capturing carbon in coastal ecosystems.

Sea Otters are the only other mammal known to use tools apart from primates.

Sea Otters often use rocks or other small objects to pry open their clams, mussels or shellfish. 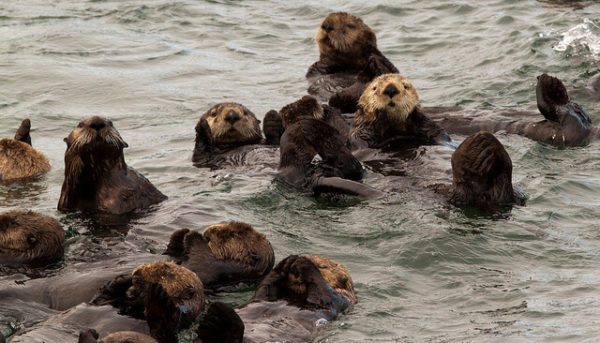 Sea otter float together in single-sex groups of anywhere between 10 and 100, called rafts.

Sea Otters are also known to hold hands to keep them from drifting out to sea when resting and eating. They also may wrap themselves in kelp.