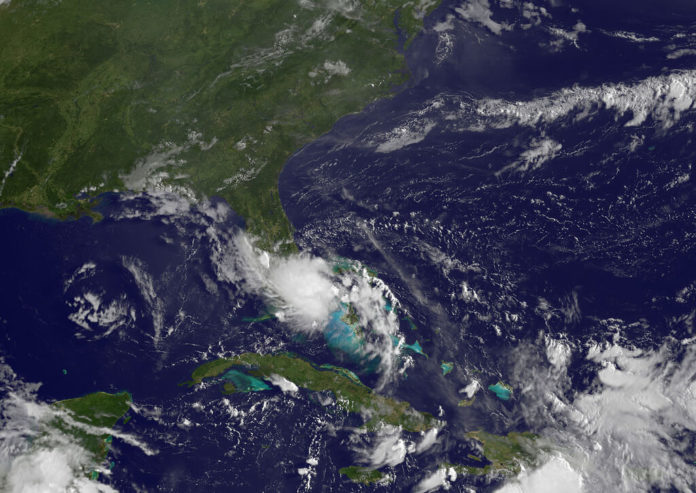 A recent paper, published in Nature Geoscience, has found that global warming results in an increase in tropical rainfall. Specifically, according to author Paul O’Gorman, an atmospheric scientist at MIT, for every 1°C (1.8°F) increase in global average surface temperature, the rainfall in the tropics will increase by ten percent.

The theoretical relationship between global warming and rainfall is nothing new: Scientists have long assumed that extreme precipitation will be the end result of rising temperatures since warm air can hold more moisture.

That’s a greater increase than scientists have already come up with for more temperate latitudes, a figure they’ve pegged at about five percent for every degree of warming. The disparity, O’Gorman said in an interview, is because the kind of rain patterns that affect the mid-latitudes and the tropics are different. Although you can get both widespread and localized rain events (such as thunderstorms) in both sorts of places, he said, local events are more common in the tropics.

“Because these are smaller in extent,” O’Gorman said, “climate models have more trouble representing them.” The result: projections for rainfall are all over the map, ranging from no increase at all to a leap of 25 percent for every degree of warming, depending on which model you choose.

So O’Gorman came at the problem in a different way. He looked at how climate models deal with rainfall changes caused, not by global warming, but by the naturally occurring El Niño—Southern Oscillation (ENSO) phenomenon, in which the eastern equatorial Pacific Ocean warms up for a year or two, then cools back down. “ENSO isn’t generally a good proxy for global warming,” O’Gorman said, “because it’s a regional event. It causes an increase in rainfall in some areas and a decrease in others.”

The climate models proved to give more accurate readings of projected rainfall, which is great news in terms of weather prediction and accuracy. That said, the actual predictions are not so great. According to O’Gorman’s predictions, extreme rainfall is sensitive to global warming and thus, there could be more flash floods in countries such as Bangladesh, Thailand and Honduras. And it’s not just flooding–changes in rainfall patterns takes a toll on the health of rain forests by creating “carbon sinks.”

While the news is bad, the one advantage of knowing the devastating consequences of global warming is that countries who may be affected can take counter measures and more serious steps can be taken stop global warming. As if there were not enough reasons to take global warming seriously, the findings of this recent study can further make the case that measures need to be taken to help bring down our global temperature.