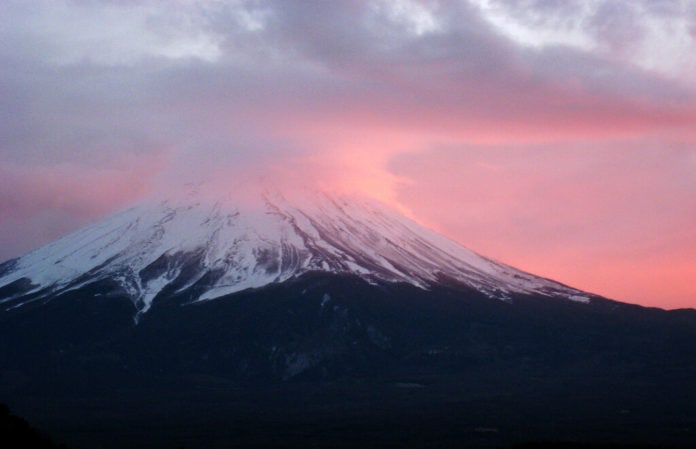 It has been 18 months since a powerful earthquake rocked Japan, triggering a deadly tsunami along the nation’s coast. Since then, the country has dealt with the emotional task of grieving its dead, re-building its towns, and easing the political fallout from one of the largest nuclear disasters in recent history.

In the midst of dealing with a messy aftermath, Japan has recently been confronted with a startling oversight. According to Reuters, it currently has no plan in place to deal with a disaster in which an earthquake sparks a volcanic eruption at the country’s most famous landmark: Mount Fuji.

The news agency recently profiled Toshitsugu Fujii. He is head of a Japanese task force on disaster response at Mt. Fuji and spoke to Reuters about his concerns.

Fujii said a tremor “greatly increases” the chance of an eruption at the mountain.

“They always forget about the volcanoes,” he told Reuters. “The government has never included Mt. Fuji in its earthquake scenarios.”

Fujii’s job is to change that. More than a year after the earthquake, the government is reportedly still working to close the gaps in its disaster response.

According to scientists, the 2011 earthquake may have increased the chances of Mount Fuji erupting. Reuters reports that the disaster caused a series of tremors around the mountain, including a magnitude 6.4 quake directly beneath it. This caused a 20 metre-long crack in its side and put pressure on the volcano’s magma chamber.

The volcano is currently active. Scientists believe that if an eruption was to occur, it would potentially threaten a vast area including Tokyo.

Related:
Mount Eyjafjallajökull and the Environmental Effects of Volcanic Eruptions

Mt. Fuji is Japan’s tallest point. Boasting a height of 3,776 meters, it is an epic symbol of national pride. And it has been dormant since 1707.

“Although there are no signs of any irregularities at present, we need to watch it very carefully for another two or three years,” Eisuke Fujita, a senior volcano researcher at the National Research Institute for Earth Science and Disaster Prevention, told Reuters.

Fujita told the news agency that there have been many examples of volcanoes erupting following a magnitude 9 earthquake, as in Kamchatka, Chile and Sumatra.

“The government has to prepare for a logistical nightmare,” he said. “They’ve said they are going to do something but they haven’t got their act together so far.”

But he notes that part of the problem is the broken nature of Japanese bureaucracy. There is reportedly a division between the teams planning for earthquakes and eruptions.

“We don’t include an eruption at Mt. Fuji in our earthquake scenarios because we simply don’t know whether a quake would cause one or not,” a Cabinet office spokesman told Reuters.