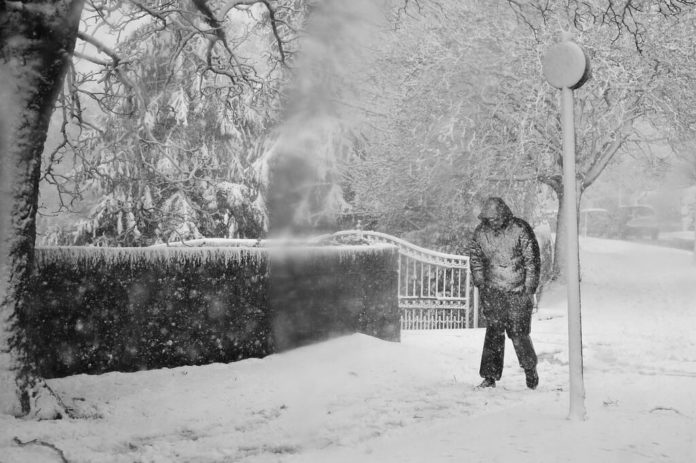 Last month, we reported that Arctic sea ice had melted to record low levels. In August, the National Snow and Ice Data Center said that the extent of Arctic sea ice shrank to 1.58 million square miles. That broke the old record of 4.17 million sq. kilometres set in 2007. That’s an area larger than the state of Texas.

But according to The Guardian, that record loss may mean a cold winter for the UK and northern Europe. In an intriguing twist, the region is reportedly prone to bad winters after summers with very low sea ice.

The newspaper spoke to Jennifer Francis, a researcher at Rutgers University. She said, “We can’t make predictions yet … [but] I wouldn’t be surprised to see wild extremes this winter.”

Polar ice experts reportedly thought it would be several years until they witnessed those record-breaking numbers. But unfortunately, the effects of global warming is destroying the Arctic habitat much quicker than anticipated.

The Guardian explains that the unprecedented expanse of ice-free Arctic Ocean has been absorbing the 24-hour sun over the short polar summer. The heat in the water must be released into the atmosphere if the ice is to re-form this autumn. “This is like a new energy source for the atmosphere,” Francis told the newspaper.

This heat and water vapour will reportedly affect the all-important jet stream. That’s the west-to-east winds that are the boundary between cold Arctic and the warm mid-latitudes. Francis and colleagues have recently documented that the jet stream is also slowing down.

“The jet stream is clearly weaker,” said Francis to The Guardian. That means weather systems, be it rain or dry conditions, are slow to move on and will tend to linger. Francis went on to explain that this can result in “blocking” events, such as the conditions that produced the terrible heatwave in western Russia during the summer of 2010.