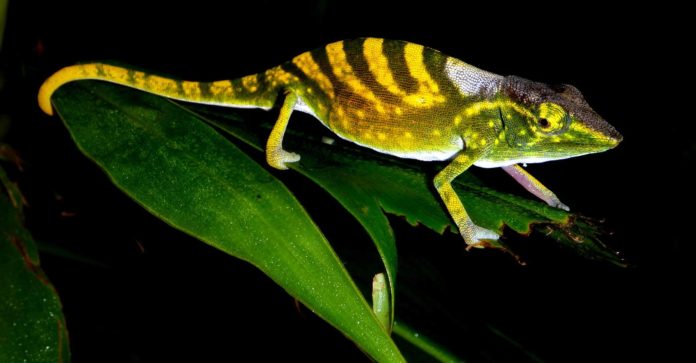 The fight to protect endangered species has encountered the unusual position of struggling with an ethical dilemma.

A new report titled “Priceless or Worthless” has environmentalists abuzz around the world. The report lists the 100 most threatened species. And says critically endangered plants and animals, like Tarzan’s chameleon in Madagascar, merits conservation since it is irreplaceable for the Earth even if it has no economic value for people.

“Over half (of the 100 most endangered species) are receiving little or no attention,” Professor Jonathan Baillie, Director of Conservation at the Zoological Society of London (ZSL), told Reuters by telephone from South Korea.

Baillie went on to warn Reuters that few people fretted about the fate of the Singapore freshwater crab, Ethiopia’s liben lark, the Seychelles sheath-tailed bat or the Luristan newt, found only in the Zagros mountains in Iran.

And Tarzan’s chameleon, colored bright green and yellow, was largely ignored in a shrinking patch of rainforest.

“We need a rethink” of conservation priorities, Baillie said of the 124-page report issued by the ZSL and the International Union for Conservation of Nature (IUCN). Reuters says the groups are currently meeting in South Korea with governments, scientists and activists.

The news agency goes on to note that the IUCN says the report “hopes to push the conservation of ‘worthless’ creatures up the agenda that is set by NGOs (non-governmental organizations) from around the globe.” Creatures such as lions or pandas get much more attention than newts, it said.

Loss of habitat, caused by a rising human population and other factors such as expanding cities, deforestation, pollution and climate change, are driving more and more species of animals and plants to extinction.’

“We need a fund to prevent extinction, resourced by governments, that is in the billions, not millions,” the report said, without specifying a currency.

Measures such as an expansion of protected areas or hunting bans were needed, it said.

Baillie also told Reuters that people may have gone too far in recent years in judging animals and plants by the economic value of the services they provide, including food, medicine or as tourist attractions.

“We need to keep the appreciation for the wonderful diversity of life on Earth as the key message, and then other utilitarian arguments have to be additional,” he said.

In 2010, governments reportedly agreed to a plan to protect life on earth that included the goal: “By 2020 the extinction of known threatened species has been prevented and their conservation status, particularly of those most in decline, has been improved and sustained.”

The IUCN argues that all species have value.

Reuters quotes Simon Stuart, Chair of the IUCN Species Survival Commission: “Although the value of some species may not appear obvious at first, all species in fact contribute in their way to the healthy functioning of the planet.”