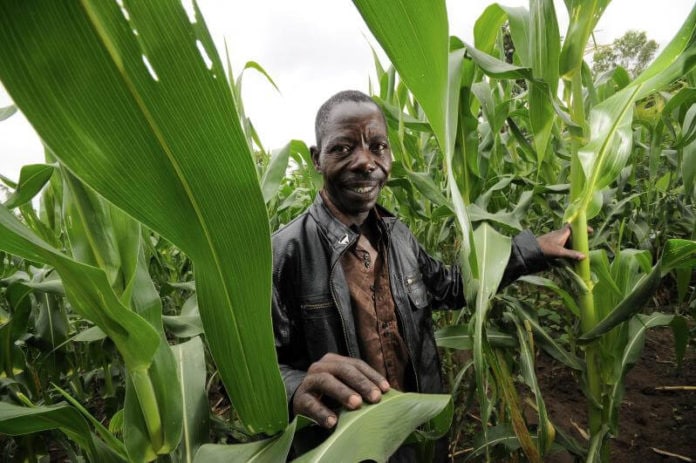 Scientists say African farmers have made innovative progress in finding new ways to cope with droughts, erosion and other ravages of climate change … But that they need to develop even more techniques to thrive in an increasingly uncertain environment.

A new survey of 700 households in Kenya, Ethiopia, Uganda and Tanzania shows that small farmers have started to plant more drought-resistant and faster-growing crops to keep the harvests coming in.

Patti Kristjanson heads a program on climate change, agriculture and food security at the World Agroforestry Centre in Nairobi and led the study. She told Reuters: “The good news is that a lot of farmers are making changes. So it’s not all doom and gloom … but much more needs to be done.”

She went on to tell the news agency that farmers, backed by researchers and international donors, needed to find better ways to store rain water, increase the use of manure and bring in hardier crops like sweet potatoes.

In the past decade, 55 percent of households surveyed said they had taken up faster-growing crop varieties, mainly of maize, and 56 percent had adopted at least one drought-tolerant variety, according to the findings in the journal Food Security. 50 percent of the households were planting trees on their farms, helping to combat erosion, increase water and soil quality and bring in new crops like nuts.

The study went on to say that half of the farmers had introduced inter-cropping. Inter-cropping is planting alternate rows of, for instance of beans and maize, in the same field and then swapping the rows next season. Beans fix nitrogen in the soil, helping reduce the need for fertilizers.

Related:
Why the World Needs Clean Water (and how you can help)

But according to Reuters, who read the study, the research found just a quarter of farmers were using manure or compost, avoiding the use of more expensive fertilizers. And only 10 percent were storing water.

The study said that global warming, leading to erosion, less reliable rainfall and changes in the length of growing seasons, was adding to other stresses for farmers worldwide such as price spikes and a rising population.

Kristjanson told the news agency that the study showed encouraging signs of many farmers’ willingness to adapt.