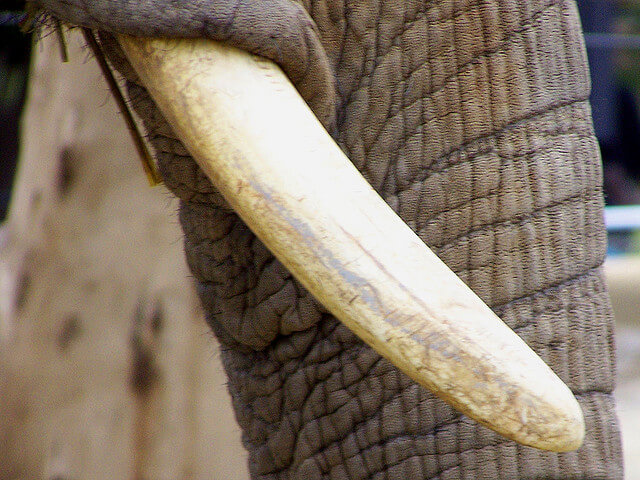 The World Wildlife Fund (WWF) has launched a global campaign in response to what a NY Times article is calling an “epic elephant slaughter,” as the underground ivory and rhino horn trade is becoming increasingly militarized.

Africa’s most infamous gangs of murderers – the Lord’s Resistance Army, the Shabab and Darfur’s janjaweed – along with American-supported members of African armies like the Ugandan military, the Congolese Army and newly independent South Sudan’s military, are all taking part in the worst poaching epidemic since the international trade in ivory became illegal in 1989.

A recent report issued under the Convention on International Trade in Endangered Species of Wild Fauna and Flora (CITES) estimated that tens of thousands of elephants are being slaughtered each year across Africa, with 2011 seeing the largest number of large-scale ivory seizures ever.

Highlighting the gravity of the situation, the NY Times article describes a scene in the Democratic Republic of the Congo where Garamba National Park guards discovered the hacked up bodies of a family of 22 elephants, all shot in the head from the air, who had formed a circle to protect the babies, also killed by the poachers.

Those guards reported seeing a Ugandan military helicopter flying very low over the park – which once boasted more than 20,000 elephants and now has fewer than 2,500 – a few days later, leading officials to believe that the Ugandan military, which receives American taxpayer money, was responsible for massacring the 22 elephants and escaping with ivory worth more than a million dollars.

The CITES report identified China and Thailand as the two biggest raw consumers of ivory in the world, with a direct link between the rising affluence of China’s middle class and an increased demand for ivory trinkets which a poorer population was once unable to afford.

After having almost wiped out its own populations of elephants and rhinos, Asia’s ivory and rhino horn market is now driving demand in Africa. Conservationists have given up on Vietnam’s few remaining elephants, where, just a generation ago thousands roamed the thick forests.

And last year, Andrew Revkin from Dot Earth, reported on the extinction of the western black rhino in its last-known range state of Cameroon.

“China is the epicenter of demand,” Robert Hormats, a senior U.S. State Department official, told the NY Times. “Without the demand from China, this would all but dry up.”

In Asia, ground-up rhino horn is used for a myriad of medicinal purposes – everything from providing relief from hangovers to curing cancer, although there is no scientific evidence that rhino horn, made from the same substance as fingernails, has any medicinal properties.

Vietnam is the greatest consumer of rhino horn, turning to Africa after its last animal was shot and had its horn removed in 2010.

The WWF campaign is asking governments to protect these threatened animal populations by increasing law enforcement, imposing strict deterrents and reducing demand for these products.

While the United States is not driving the demand for ivory and rhino horn, we are funding many of the military implicated in the massacre, as well as the rise of China’s middle class. These governments may not listen to our voices, but they will listen to our money.

Conservation efforts and their impact on one horned rhinos at Kaziranga