Greener IdealHelping you live sustainably
More
Home News Environment The other side of the biofuel argument: Farmers on ethanol 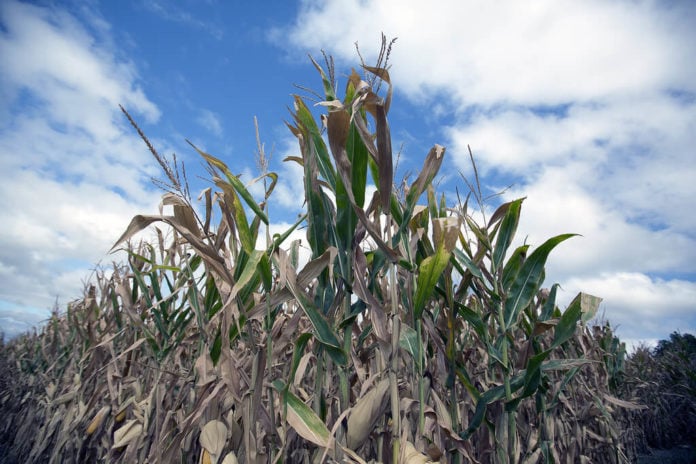 The biofuels debate continues to rage on, five years after the U.S. biofuels boom took off. A moral dilemma has always been at the heart of the food vs. fuel debate: Can we afford to use corn for ethanol in a starving world?

But according to Reuters, farm bankers are now asking: Can we afford not to?

Michael Swanson is agricultural economist at Wells Fargo, the largest commercial bank lender to U.S. farmers. He tells Reuters: “Ethanol demand is the linchpin of the current pricing model that we have. It’s a completely different question whether it’s right or wrong.”

The price of maize (corn) has nearly doubled. Many blame the worst drought to hit the U.S. Midwest as the main cause of rising corn prices.

The Environmental Protection Agency (EPA) has a mandate in place to produce a certain amount of corn for ethanol use. But state governors in big livestock regions, like Texas and North Carolina, have been rallying the Obama administration to suspend the 2007 mandate.

According to Reuters, the Environmental Protection Agency must respond in 90 days. But the news agency say bankers are warning the public not to hold its breath.

“I don’t see the Administration making any big move on this with the election so close,” said John Blanchfield, senior vice president for agricultural and rural banking at the American Bankers Association, to Reuters. “A waiver will make as many people unhappy as it will make others happy.”

Reuters’s interviews with bankers and economists show the debate about corn to make fuel has evolved along with the financial stakes.

The facts, they say, show that ethanol, like it or not, is now bolted onto the very core of three huge industries: energy, meat and banking.

The news agency notes that farm bankers point to statistics on U.S. wealth and economic health that corn-based ethanol has driven: record-high farmland prices; a rise of some $500 billion in farm assets in the last five years; steady pay-downs of farm debt; a rise in farm assets in 2012 to an estimated $2.5 trillion dollars, based on real land not “paper,” and what those assets mean for U.S. money supply and economic demand.

Curt Covington is senior vice president for agricultural and rural banking at Bank of the West, the second largest commercial lender to U.S. farmers. He tells Reuters: “Corn can be a national security issue for this country. That’s where we are right now.”