Greener IdealHelping you live sustainably
More
Home News Animals Should the UK kill grey squirrels to save the endangered reds? 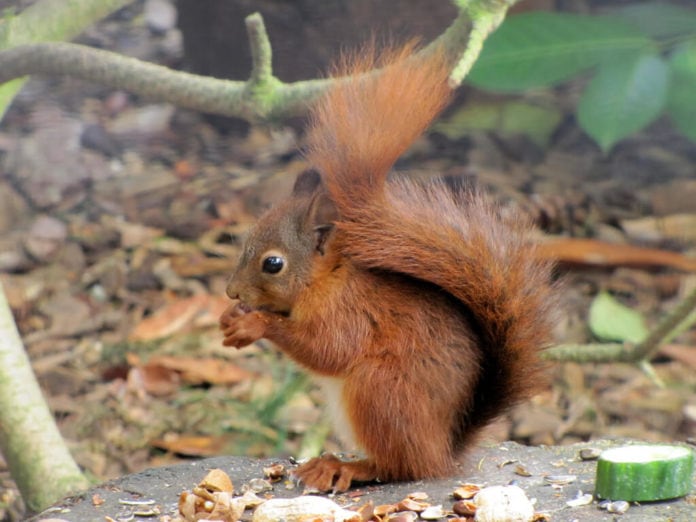 Here’s an environmental dilemma you may not hear of very often: It is morally appropriate to systemically kill one species of animal, in order to save another?

That’s the question researchers and officials are struggling with in the UK.

The Guardian newspaper tells the story of Thomas Brockhurst. He is a Victorian banker who lived in Cheshire during the 1800s. As the story goes: In 1876, he decided to release into the wild a pair of grey squirrels he had brought back with him from a business trip to America. Other landowners, viewing the non-native species as a fashionable garden novelty, soon followed suit.

According to The Guardian, more than a century later, up to 5 million greys are now estimated to inhabit much of the woodland across the UK. But conservationists argue that their success as an “alien” species has been to the great detriment of the native red squirrel. And if the population of greys is not urgently and radically reduced, they say, then the reds will be driven to extinction in the UK within the next 20 years. The newspaper goes on to note that about 75% of the red squirrel population is in Scotland.

Natasha Collings is project co-ordinator for the Cornwall Red Squirrel Project. She told the newspaper: “If you want reds, you have to kill greys. It’s a fact.” The project’s ultimate goal is to reintroduce captive-bred reds back into the county over the next five years.

Collings went on to explain why the two species cannot live together harmoniously: “Greys don’t actually kill reds themselves, as is commonly believed. They spread a deadly pox, causing distinctive ulcerations on their eyes and nose, which kills reds within five to seven days.”

And greys are reportedly very destructive in other ways too. They are responsible for millions of dollars worth of damage to commercial forestry across the UK, and even more so to ancient woodlands. They take the tops off trees and will also strip the bark away, ultimately killing it. They also apparently eat bird eggs.

The Guardian reports that the project in Cornwall aims to create two grey-free exclusion zones in west Cornwall. These zones will then be further protected by buffer zones. All greys will be systematically culled within the zones with poisoned bait and landowners will then work to protect those zones by policing the buffer zones. Only then will the captive-bred reds be released.

Although in theory the idea sounds plausible, not everyone is convinced of its morality. Animal rights charity, Animal Aid, has reportedly been one of the most vocal.

Collings told The Guardian that she understands gaining support for the cull is an ongoing challenge: “Yes, there needs to be a public appetite to remove greys. But until someone develops a pox vaccine for reds, baiting and killing greys is the best method for stopping the few remaining reds from being lost forever.”