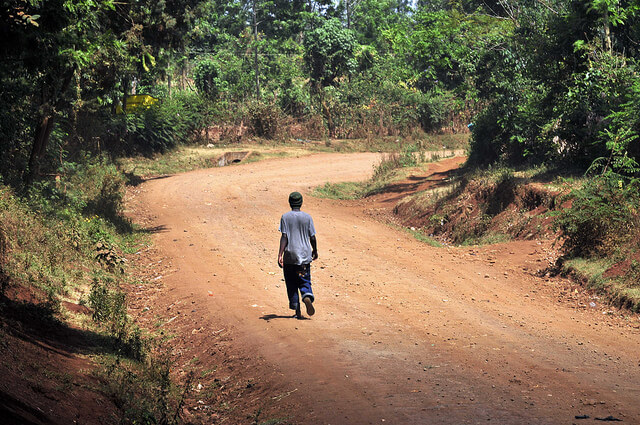 Although many of us are aware of the detrimental effects climate change will have on our resources and animal life, a new study suggests the extreme weather may pose a much more serious threat to the world’s poor than existing research has suggested — because of spikes in food prices.

According to Oxfam, more frequent extreme weather events will create shortages, destabilize markets and precipitate price spikes on top of projected structural price rises of about 100 percent for staples such as maize (corn) over the next 20 years.

Droughts in the U.S. Midwest are being blamed for some of the record-breaking food prices around the world. Earlier this week, United Nations food agencies said world leaders must act quickly to ensure food-price shocks do not turn into a catastrophe that could hurt tens of millions of people.

The UN’s Food and Agriculture Organization has estimated that the 2007 – 2008 price spike contributed to an 8 percent rise in the number of undernourished people in Africa. Those spikes also triggered violent food riots around the world.

“For vulnerable people, sudden and extreme price hikes can be more devastating than gradual long-term rises to which they may have more chance of adjusting,” Oxfam said in the report.

“Though the price spike and coping strategies may be short-term, the impacts are often felt across generations. An increase in malnutrition can cause stunting and reduce developmental potential in young children.”

According to Reuters, the charity insists there is an “urgent need for a full stress test of our fragile and dysfunctional food system” and calls for a reversal of decades of underinvestment in small-scale sustainable and resilient agriculture.

Related:
We can limit global warming to 1.5°C if we do these things in the next ten years

“Climate change could lead to a permanent increase in yield variability and excessive food price volatility, however, which could leave many poor countries with potentially insuperable food security challenges,” Oxfam said.