Greener IdealHelping you live sustainably
More
Home News Animals All is quiet… but is that a good thing? 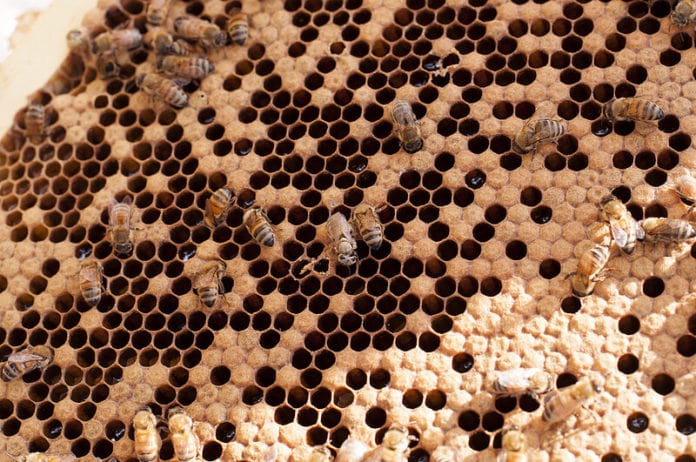 Years ago, long before oxygen and carbon monoxide sensors were invented, coal miners took canaries down the mine shafts with them to provide some basic safety. As long as the birds kept singing, the air was safe, but when the chirps and singing stopped, all was quiet, and the miners knew everyone was in peril.

I must tell you that the same sort of thing has been happening with honeybees for the last few years.  Sudden deaths of robust hives, unexplained winter hive losses (termed Colony Collapse Disorder) and Queen bees that stop laying at the peak of the nectar season have been documented in North America and Europe. Yet there is still not a collective agreement as to the cause.  When healthy bee yards lose 50% of their hives, then needless to say, there is something drastically wrong. As more environmental groups ring alarm bells, a clearer picture is emerging. Something, somewhere is killing not just the honeybee, but many pollen/nectar feeding insects at an alarming rate. Recently bumblebees, and monarch butterflies have also been added to the list of insects in decline. This spring near Ingersoll, one person reported that the day after the corn was planted he no longer had insects hitting his windshield on his way to work. More and more people are noticing that this summer there is no need to clean their car windshields even after hundreds of kilometers on the highway.

So, why are bees dying? When some attention was first directed to a new pesticide used in agriculture, there were many assurances by government and the Ag industry that these neonicotinoids were essentially harmless to the environment. The company manufacturing this new pesticide treatment indicated that the new chemical was totally safe, and suggested bee deaths were likely the fault of beekeepers not controlling hive health. To this day, they continue to advocate hive health control as the best means of avoiding these mysterious bee losses.  This position has been an insult to beekeepers who have spent decades tending to their hives as well as selecting the best queens with traits to ensure hive quality.

After the E.U. commissioned a review of scientific literature regarding neonics and their environmental impact, the recommendation was to immediately ban the use of the product. And as of 2013, there is now a two year ban of neonics in Europe.

Will North America follow suit? One would expect that science is science no matter which side of the pond, but this time, it does not seem to be the case. After the Ontario government sampled 2012 spring’s sudden hive deaths, it was concluded that neonics were to blame, and likely the particles were spread during corn planting with air seeders. Their response was to ask farmers for 2013 to “not plant on a windy day”. As expected, 2013 delivered even more planting related hive deaths than the previous year. Something new this year of concern to beekeepers is mid-summer hive deaths which are now being investigated. It is feared that these deaths may be caused by rainwater soaked fields absorbing enough residual pesticide in the soil to make the puddles toxic to insects.

We know that only four parts per billion of neonic is a lethal concentration for bees, which is about two drops in a backyard pool, but we do not know what the sub-lethal effects of this chemical are to insects. How much neonic does it take to affect their immune system? How much neonic does it take to affect the immune system of the robin that eats the bee? And lastly, this neonic sits in the field, travels to the farmer’s drainage ditch, ends up in a river, a lake, and eventually our tap water. Or this corn is fed to beef and chicken which we consume, so how much neonic is needed for it to affect your and my health?  Nobody knows!

Before any chemical is added to the environment it should be proven safe, but neonics were given temporary approval before long term studies were available. Sadly it seems that this chemical must now be proven unsafe before it is removed from North America. Why? Well, many millions of dollars are at stake for the government and the Ag industry. From the pesticide producer down to the farmer planting the field, money and profit is key. Sadly at some point, profit breeds greed and this becomes a powerful motivator.  What is being forgotten is the bees that are at risk from neonic poisoning are the same bees need to pollinate many of our food products and contribute billions of dollars to the food industry.

Below are two links for more information: