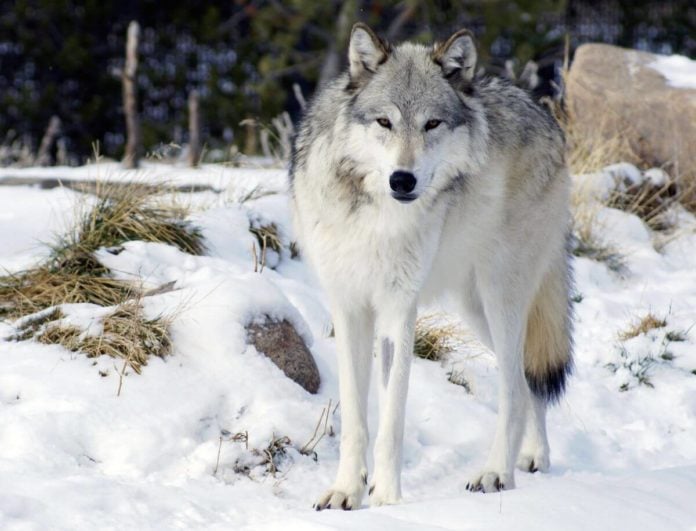 For 70 years, Yellowstone National Park had been wolf-free.

Since the Park’s creation in 1872, poachers, tourists and park rangers were free to kill wildlife as they pleased because there wasn’t any legal protection for wildlife. The grey-wolves were particularly vulnerable because they were considered an undesirable predator. 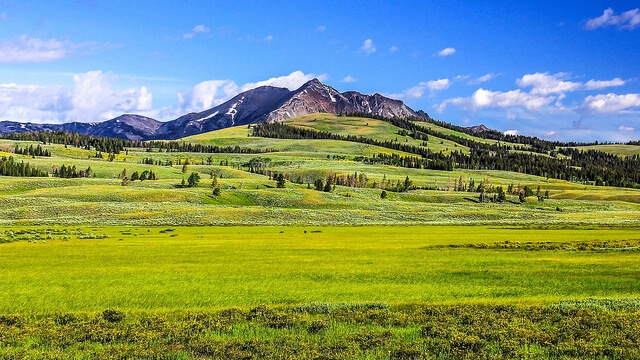 After 1926 there were no sustainable wolf packs spotted again, although sporadic sightings of wolves transitioning through the park were seen.

This gave their prey, herbivores such as elk and deer, a chance to grow in numbers.

However, the ecosystem is a delicate thing and the park underwent some drastic changes over the 70 year period.

Grass-grazers wandered the park, eating all the vegetation in site, becoming comfortable in surroundings that they would normally avoid. The changes in their behaviour held consequences, and the Park’s condition kept steadily deteriorating.

Measures to control the elk and deer populations were put into effect, and while that stopped the deterioration, it didn’t do anything to improve the quality of the park.

Many scientists argued for the reintroduction of wolves, but Park Rangers were reluctant.

Then, in 1967 the grey wolf was one of the first species to be listed as endangered.

But it wasn’t until the Endangered Species Act in 1973 that the U.S. Fish and Wildlife Service was required to do anything about it.

More studies unfolded, and plans for restoration of the wolves began to unroll.

The Reintroduction of Wolves

Finally, in 1995 14 wolves, captured from Alberta, Canada, were re-introduced into Yellowstone park.

And the results were outstanding.

The effect, referred to as a “trophic-cascade”, is a series of negative consequences that starts at the top of the food chain and has consequences for the animals lower down.

While wolves kill other animals, a lot of people had underestimated how much life they also give.

Without the wolves, the herbivores reduced the vegetation to almost nothing. The land became desolate.

With the wolves, not only did the grass return but the wolf’s presence in the Park actually changed the behaviour of the elk and deer.

The deer and elk started to avoid areas where they were most vulnerable, allowing the areas to regenerate again. And in some areas, the trees began to grow five times their original size.

The results of more trees growing meant that more birds showed up. The numbers of beavers increased to feed off of the trees. With the beavers there creating dams, otters, muskrats, dusks and fish appeared to take advantage of these habitats.

The wolves killed the coyotes too, which of course, means more rabbits. Which, in turn, means more hawks, weasels, foxes and badgers.

How Wolves Changed The Rivers

What’s really fascinating about the changes, however, is the change in the rivers. Yes, you read that correctly: the reintroduction of wolves actually improved the behaviour of the rivers.

The rivers stopped meandering as much, there was less bank erosion, more pools started forming and the rivers became narrower – all thanks to the wolves.

What happened was the forest regeneration worked to stabilize the banks so that they collapsed less and because there was more vegetation there was less soil erosion.

Related:   New Quebec park will be one of North America's largest

The wolves actually impacted the entire physical geography of the park.

In 2009 the grey wolf was removed from the Endangered Species list because they had finally reached numbers that were considered sustainable. 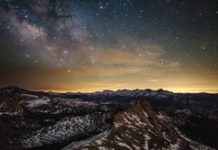