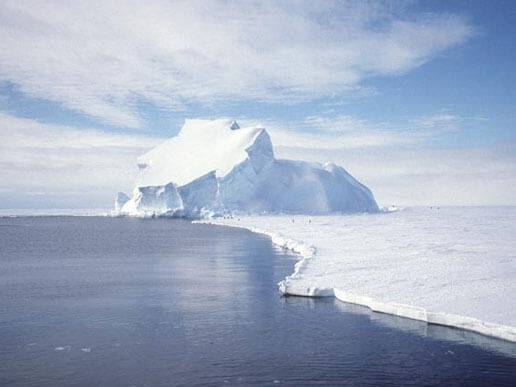 A new report in the August 30 issue of Nature claims that there could be a source of potent greenhouse gas methane that could potentially be exposed to our atmosphere.

According to the report, published by an international team of scientists, the Antarctic Ice Sheet has sedimentary basins beneath it with organic matter dating back to 35 million years ago. Also in these basins are  micro-organsisms living in low-oxygen conditions, which convert the organic matter into methane–a greenhouse gas 25 times more potent than carbon dioxide. Essentially, large methane reservoirs lay beneath the Antarctic Ice Sheet and should the ice sheet melt, the methane can potentially be released into our atmosphere and speed up the rate of global warming.

“It is easy to forget that before 35 million years ago, when the current period of Antarctic glaciations started, this continent was teeming with life,” coauthor Slawek Tulaczyk, a professor of Earth and planetary sciences at UC Santa Cruz said to Science Daily. “Some of the organic material produced by this life became trapped in sediments, which then were cut off from the rest of the world when the ice sheet grew. Our modeling shows that over millions of years, microbes may have turned this old organic carbon into methane.”

So exactly what are the sizes of the methane reservoirs in the Antarctic sedimentary basins? The team of scientists have estimated that “50 percent of the West Antarctic Ice Sheet (1 million square kilometers) and 25 percent of the East Antarctic Ice Sheet (2.5 million square kilometers) overlies pre-glacial sedimentary basins containing about 21,000 billion metric tons of organic carbon.” These calculations lead the scientists to believe that the “amount of methane hydrate and free methane gas beneath the Antarctic Ice Sheet could be up to 4 billion metric tons.” That’s almost the same amount of methane that some scientists estimate exists in the Arctic permafrost soils and the lower end of estimates for methane trapped under the Arctic Ocean!

“This is an immense amount of organic carbon, more than ten times the size of carbon stocks in northern permafrost regions,” says Jemma Wadham of the University of Bristol School of Geographical Sciences. “Our laboratory experiments tell us that these sub-ice environments are also biologically active, meaning that this organic carbon is probably being metabolized to carbon dioxide and methane gas by microbes.”

The team of scientists also made a one-dimensional hydrate model of the accumulation, only to find that the methane is trapped within the water molecules in a solid form. Thus, when global warming causes the solid to melt, the  hydrate could be converted into gas bubbles and released into the atmosphere.

But the scientists say more studies need to take place to see this previously overlooked source of methane and how it can potentially influence our planet. Tulaczyk stated: “Our study highlights the need for continued scientific exploration of remote sub-ice environments in Antarctica, because they may have far greater impact on Earth’s climate system than we have appreciated in the past.”