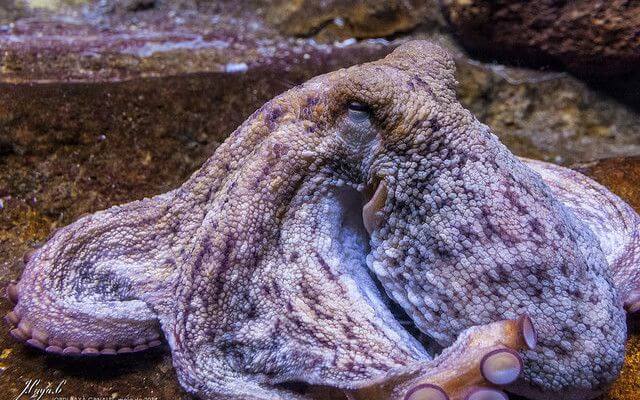 We all know by now that octopuses are smart.

They can use tools, change colour instantly and learn through observation. They’re incredibly fascinating creatures.

But did you know that studies are showing that they are social too?

Loners of the Sea

Previously, octopuses were considered to be solitary creatures, only coming together to mate (and even at that, they would often do so at a distance for fear of being eaten!)

It was until 1991 when the Panamanian biologist Arcadio Rodaniche first reported a new species, very generally named the “Larger Pacific Striped Octopus”, living in groups of approximately 40 off the coast of Nicaragua. Rodaniche, who had noted the species on other diving trips since the 70s, only reported the creatures in 91, stating that they were displaying odd behaviours such as mating face-to-face (where their normal behaviour is to mate from behind). His report was considered so odd that it was initially ignored by other scientists.

Then in 2012, Richard Ross, a biologist at California Academy of Sciences, began to acquire several wild specimens of the Larger Pacific Striped Octopus from a commercial captor. Ross kept the creatures in his 100-gallon tank in a room in his home for years, trying to breed them.

Along with his fellow biologist Roy Caldwell (a professor at UC Berkeley) who is breeding and studying the octopuses in his own laboratory, the two scientists are making waves by trying to captive-breed the animals.

Very few scientists are conducting any type of observational studies on the elusive animals, who don’t hold up very well in captivity.

For example, the common octopus and the giant Pacific octopus tend to each other. So even if they have 50,000 hatchlings, the demand for space is too much and captive breeding programs have faltered because of it. Moreover, the hatchlings are incredibly picky eaters, and scientists have yet to crack what these little guys want to eat.

But now, with a social species coming to light, it means that the possibility to finally be able to study and understand the creatures may be finally within close reach.

Richard Ross, who has been watching the creatures’ bizarre habits for some time and intends to outline his findings in an up-and-coming paper, has confirmed that the Larger Striped Pacific octopus can live in pairs. Although he added that:

Regular octopus mating, where the male is behind and on top of the [female]—or far away—that’s scary enough to watch [but] watching these guys come and interact with their beaks—wrapped up in a ball of limbs—are they fighting or mating?

But Ross has yet to successfully raise hatchlings, and has admitted that he can’t raise them past 15 days.

Ross has said that more studying needs to be done, particularly on the observation of the Striped octopus from birth to death, to fully understand the mysterious (and not-so-lonely creatures).

However, the general feeling is that this species has reminded us that, with octopus behaviour, as Ross has said “there may be no outer limits” and that we should probably “always be expecting the unexpected” from them. 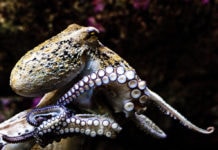 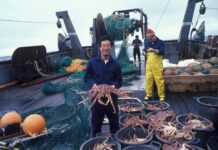