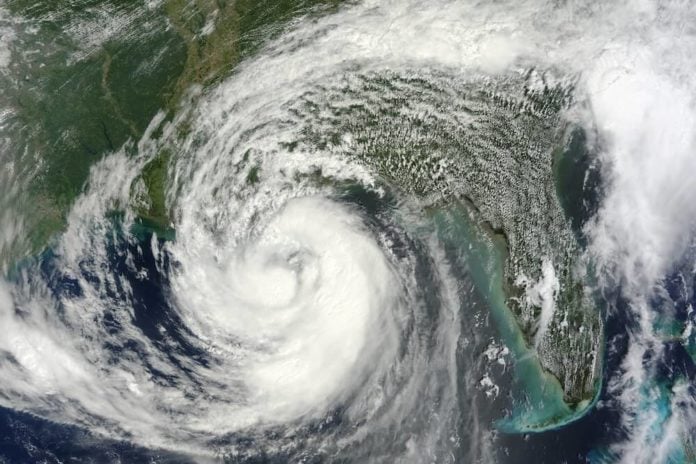 Earlier today, Isaac was upgraded to hurricane status following days of intense weather as it barreled its way up the Gulf Coast. Isaac is expected to slam into New Orleans tomorrow, which happens to be the seventh anniversary of Hurricane Katrina.

Although the torrential rain that Isaac brings to Louisiana has triggered flooding fears, some wheat farmers in the Midwest see the excess rain as a blessing.

The parched Midwest is experiencing the worst drought in half a century. But the region’s farm belt is expected to get up to five inches of rain from Isaac. The moisture is a bit late for corn and soybeans – but just in time for wheat planting next month.

For farmers getting ready to plant the winter wheat crop, rain could boost soil moisture and get the crop in the world’s top wheat exporter off to a good start.

Reuters quotes Drew Lerner, meteorologist for World Weather Inc.: “I’m comfortable with 1-½ inches to 4-½ inches of rain at this point from Missouri to Ohio with localized heavier amounts from Friday through Sunday.”

Lerner said some weather models indicated up to eight inches of rain but “I think that’s too aggressive.”

Reuters reports that weather maps may disagree. But meteorologists agreed that major drought-busting rains were on its way to a large area of the U.S. crop belt.

As mentioned earlier, Isaac is poised to make landfall early Wednesday on either the Mississippi or Louisiana Gulf Coast as a Category 1 hurricane with 90-mile-per-hour (144-kilometer-per-hour) winds.

Kansas farmer Tyler Alpers told Reuters: “You feel sorry for the people that are going to get hit along the Coast but it’s going to be a blessing for some of us.”

Alpers went on to tell the news agency he was looking forward to more rain later in the week from Isaac. This past weekend, two to four inches of rain fell on his farm in Stafford County, Kansas. That’s about 20 miles south of Great Bend.

“There is definitely a little more bounce in everyone’s step, a more positive attitude. It’s depressing with day after day of 100 degree heat and no rain,” Alpers said.

Alpers produces wheat, soybeans, corn and alfalfa hay and depends on pasture for his cow-calf operation.