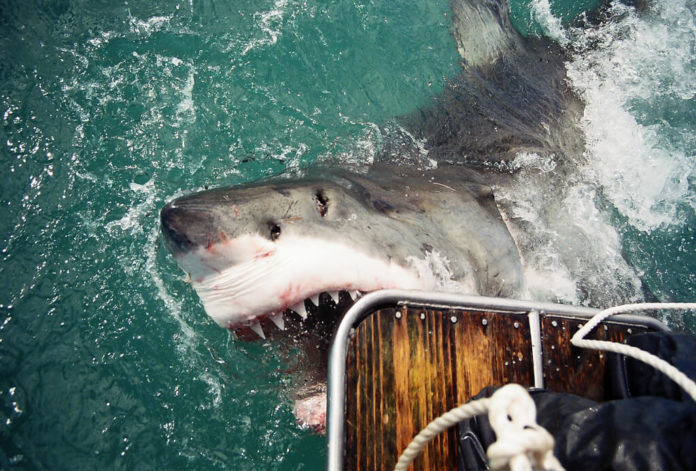 Local officials in Western Australia are considering ending the ban on the killing of great white sharks. This comes after five swimmers were killed by the fish in the past 12 months.

The Guardian quotes state minister of fisheries, Norman Moore, in the wake of the latest fatal attack in July: “There’s no documented account of fatal attacks attributed to white sharks in such a short time and geographic location, anywhere in the world, than what we have experienced in Western Australia and action is necessary to deal with it. I think we need to have another look to see whether there’s been a significant increase in great white numbers since they became protected. And if that’s the case, should they still be on a protected list?”

Since 1999, the sharks have been listed as “rare or likely to become extinct” and fishing or culling them has been banned.

Many conservationists believe they should remain protected. But a social debate has been raised over the rights of animals or human life.

The latest fatality was Ben Linden. He was a 24-year-old, who was surfing 200 metres offshore when a great white bit him in half, according to witnesses. A would-be rescuer on a jet ski was driven away by the shark.

Theories to explain the number of attacks range from increasing populations of seals, sea lions and whales that the sharks feed on — to there being more people in the water each year as Western Australia’s population grows.

According to The Guardian, scientists definitely believe that the sharks are now bigger. The newspaper quotes Professor Shaun Collin from the University of Western Australia’s Oceans Institute: “There’s no doubt that the bans have allowed the sharks to grow to greater maturity.” He thinks removing them from the protected list would be a mistake. “Sharks may be apex predators but they are also a very important part of the ecosystem and if you remove them, there can be hugely detrimental effects on whole species, as new predators step up to where the white sharks were.”

Collin went on to tell The Guardian: “The big question is why there have the been so many attacks in the past year. There’s been something about Western Australia in that time that has brought them closer and that’s what we need to find out.”

There are reports the federal government is reviewing its great white protection plan, but getting accurate information is not easy. Only about 100 great white sharks have ever been tagged or sampled in Australian waters.

Meanwhile, local surf clubs have been given fresh instructions on shark sightings and encouraged to put posters up about shark safety. At Cottesloe, there are reportedly beach patrols and a helicopter monitors the coastline.