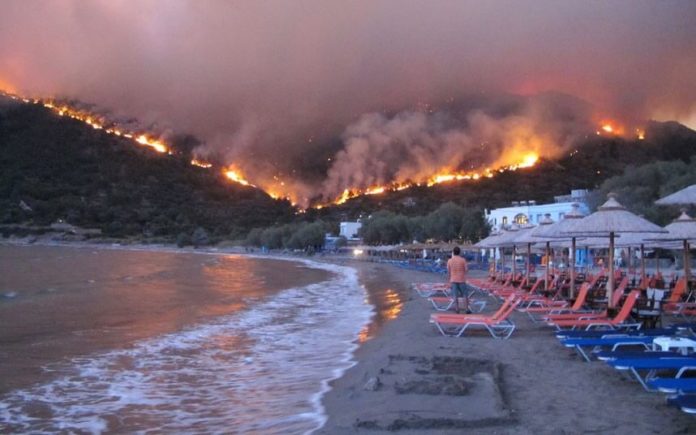 An unusually high amount of wildfires have scorched several regions around the world. Although wildfires are common in places like California, these fires have burned elsewhere from Spain to Sri Lanka, Bosnia and Greece.

In the dry west of the US, where forest fires are routine in late summer, a winter drought is the trigger for current outbreaks. This comes after several cooler, wetter years. Idaho has reported its “worst fire season” on record. And in California, wild fires, including one on the border of Nevada, have burned more than 500,000 acres this summer alone. Compare that with about 73,868 acres by the middle of August last year.

Many people have been wondering if there’s a direct link to America’s extreme summer weather and these series of wildfires. A lot of scientists may suggest the two are related. But according to an article written by Patrick Barkham of The Guardian, ‘man-made’ factors may also be to blame.

In Europe, soaring temperatures are the obvious cause. But Barkham suggests social, psychological and historical factors are also at play. In Bosnia, he says, the fires are complicated by the fact they have swept through minefields from the Bosnian war, causing explosions in forest areas.

As for Greece, The Guardian questions whether there is a link between wildfires there and the nation’s financial crisis. With many Greeks furious over austerity measures, arsonists have targeted banks, official buildings and even Microsoft’s headquarters.

In Spain, some claim the worst fires for a decade have been made worse by cuts to rural firefighting teams, long-term rural depopulation and a decline in grazing animals. With fewer sheep and goats, the undergrowth has sprouted, providing plenty of fuel for the fires.

It is interesting to consider wildfires from social and psychological perspectives. Perhaps severe weather isn’t always the root cause of these devastating fires.

The Climate Change and Blizzard Connection