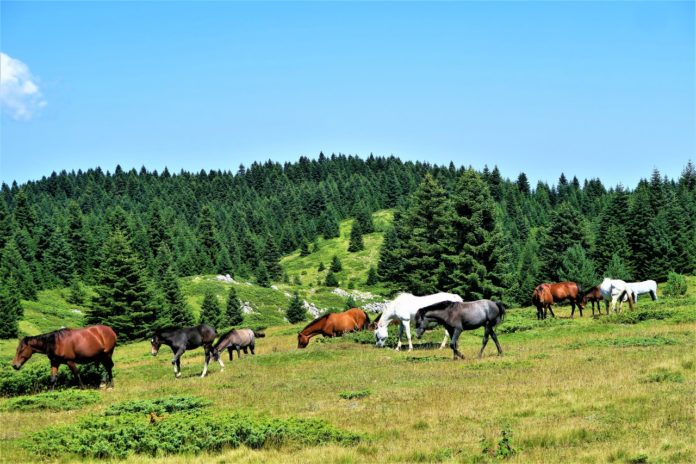 Just as Missouri looks like it might be the first state since 2006 to welcome a horse slaughter plant, another slaughterhouse in Central California is shut down after undercover video documenting heart-wrenching abuse of spent dairy cows was sent to the USDA.

The video, shot by Washington D.C.-based Compassion Over Killing by an undercover investigator and sent to the USDA and Associated Press, is sadly not shocking. In an industry that tortures and kills 10 billion animals a year, the abuse caught on camera is standard.

A cow, still conscious and flailing, is lifted by a conveyor by one leg and transported to the area where its throat will be slit for blood draining. In another clip, a worker stands on a cow’s muzzle in an apparent attempt to suffocate the animal after the bolt gun meant to render it unconscious failed.

This particular slaughterhouse, Central Valley Meat Co. in Hanford, Calif., which slaughters cows after they lose their value as milk producers, is not only inspected by the USDA, but also supplies meat to the agriculture department as part of its food program.

The video shows some cows who are unable to walk being shocked and beaten in order to get them to slaughter, a big no-no when it comes to meat meant for human consumption, so an investigation into whether the meat needs to be recalled is now underway.

This begs the question, why is a non-profit watchdog group doing the work we pay the USDA to do? Kind of a rhetorical question as the relationship between the animal agriculture industry and its supposed regulators is well known to be cozy enough to make the USDA essentially worthless.

The inability, or rather unwillingness, of the USDA to properly regulate even the lowest humane treatment of animals standards as demonstrated in this newest video makes the argument behind the recent lifting of the ban on slaughtering horses on American soil largely invalid.

Late last year, President Obama quietly signed into law a spending bill that restored funding for government inspections for horse slaughter plants. This breathed new life into the American horse-slaughter industry that had disappeared after Congress defunded the government’s ability to inspect such plants in 2006, essentially killing the industry.

As the government investigation showed leading to Obama’s signing of the bill, the domestic ban didn’t stop American horses from being slaughtered, it just meant they needed to endure thousands of miles of transport to Mexico or Canada, where our laws don’t protect them from cruelty before death.

Congress could have chosen to also ban the export of American horses to slaughter, but instead chose to backtrack on humane progress by reinstating funding.

According to Reuters, the probable first horse slaughter plant will be located in Rockville, Missouri, where the 150 residents fully support the news that their small town will be graced with 50 new jobs as early as September. The company, Unified Equine, also hopes to open another in Hermiston, Oregon.

While the argument for reinstating slaughter in the United States that unwanted horses are suffering further abuse and neglect as they are often left to starve or shipped thousands of miles to slaughtering plants across the border makes sense on the surface, it only serves to address the symptoms of the disease rather than the cause.

The majority of those sent to slaughter are byproducts of the race horse and rodeo industries as they turn out horses puppy-mill style in order to breed a winner that will make them good money until it is no longer useful in which case it is then sent to slaughter.

The argument also goes that poor people unable to afford the cost of feed are forced to abandon their horses because they can’t foot the euthanasia bill and they can’t easily unload their horses on an American slaughterhouse.

Any industry whose byproduct is death should not be something allowed to continue. And any person not able to afford to properly care for a horse should not be allowed to own one. Do we open dog and cat slaughterhouses with the same reasoning?

The answer to widespread abuse and neglect is to give people an easy way out of being irresponsible and also make a few bucks in the process?

Humane slaughter is an oxymoron. While we can’t argue that slaughtering horses is bad but killing cows for meat is less bad, adding more species to the list of what’s not acceptable to mass kill for consumption is at least moving in the right direction.