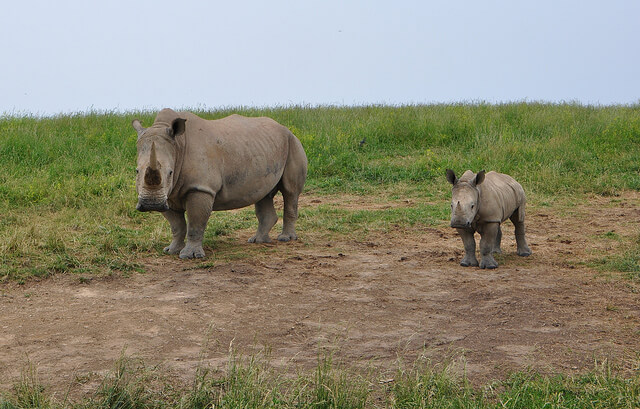 Ever since the War On Terror was launched by the U.S. more than 10 years ago, the public has become increasingly familiar with “drones” and subsequent “drone attacks”. Drones are widely known as trusty killing machines – used to obliterate suspected terrorists with pinpoint accuracy. But these planes are now being used for tasks that have nothing to do with war zones.

One innovator says it is still the “dawn of drone ecology”. But these unmanned aerial vehicles are zipping across Indonesian skies, charting jungle activity from a bird’s eye view. Drones are also being used to photograph orangutans, protect rhinos in Nepal, and study invasive aquatic plants in Florida.

Many drones are relatively cheap and portable. Percival Franklin is with the University of Florida. He told The Guardian that these devices are able to fill a gap between satellite and manned aircraft imagery and on-the-ground observations. The University of Florida has been developing such drones for over a decade.

Conservation is one of the latest tasks for these multi-use planes. They’re either controlled by on-board computers or under remote guidance of a navigator. Drones range in size from less than half a pound to more than 20 tonnes. They’ve been used for firefighting, road patrols, hurricane tracking, and other jobs too dull, dirty, or dangerous for piloted craft.

Related:   What if the US residential market went paperless for 1 year?

But the general public knows of drones because of their high-profile use by the U.S. military. Drones are often used to detect and kill terrorism targets in places like Afghanistan and Pakistan.

The Guardian says there are still drawbacks to using drones for conservation projects. The planes need clear touch-down zones of about 100-by-100 yards. But this is often impossible given a drone’s use in thickly vegetated areas.

Franklin, at the University of Florida, told the newspaper that the hardware and image interpretation are still being developed as more missions are planned in the U.S. These missions range from counting pygmy rabbit burrows in Idaho to monitoring salmon-eating seabirds off the Oregon coast.

Meanwhile, reports say the University of Florida is testing another antiterrorism weapon. The school is studying thermal imaging, to hunt for Burmese pythons invading the state’s Everglades. The snakes apparently regulate temperatures of their nests in a way that makes them visible through such technology.