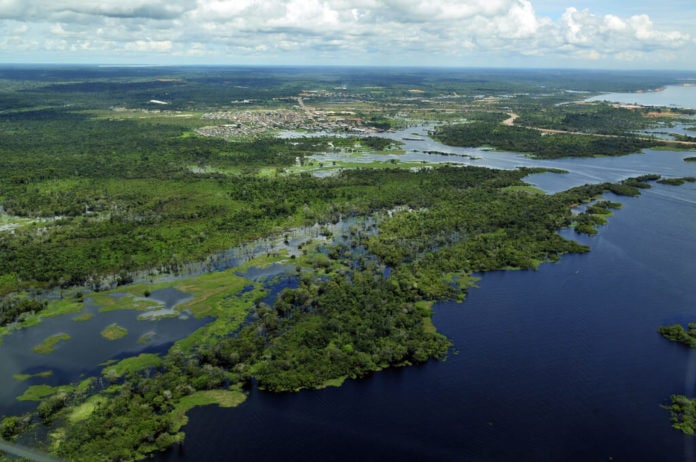 Brazil’s Amazon rainforest has many accolades to its name: It is the largest tropical rainforest in the world covering over five and a half a million square kilometers, it is the home to 10 percent of the world’s known species and 20 percents of the world’s known bird species, and it is that 2.5 million different insect species and over 40,000 plant species live in the Amazon rain forest. Tragically enough, the diversity seen in the Amazon rainforest has been threatened for years due to human activity. It has been estimated that almost 90 percent of the rain forest is now gone, having been replaced with roads and cities, and as a result, the biodiversity has also taken a hit.

In 2007, the National Geographic shared the concerns the Amazon was facing:

During the past 40 years, close to 20 percent of the Amazon rain forest has been cut down—more than in all the previous 450 years since European colonization began. The percentage could well be far higher; the ﬁgure fails to account for selective logging, which causes significant damage but is less easily observable than clear-cuts. Scientists fear that an additional 20 percent of the trees will be lost over the next two decades. If that happens, the forest’s ecology will begin to unravel. Intact, the Amazon produces half its own rainfall through the moisture it releases into the atmosphere. Eliminate enough of that rain through clearing, and the remaining trees dry out and die. When desiccation is worsened by global warming, severe droughts raise the specter of wildﬁres that could ravage the forest. Such a drought afflicted the Amazon in 2005, reducing river levels as much as 40 feet and stranding hundreds of communities.