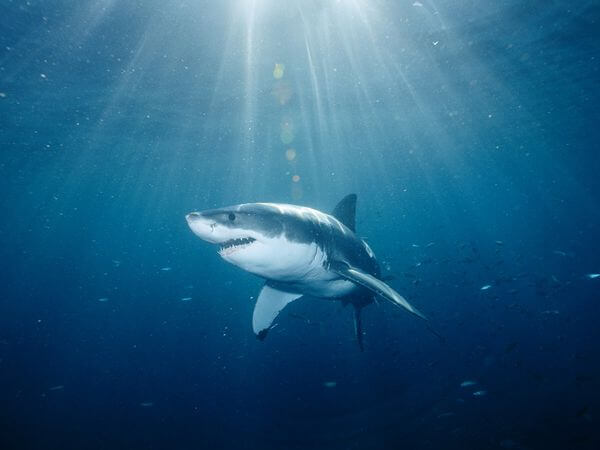 Three environmental groups have petitioned the National Oceanic and Atmospheric Administration to list great white sharks off the U.S. coast as endangered.

Scientists from Oceana, Center for Biological Diversity and Shark Stewards say as few as 350 white sharks could be swimming off the coasts of the U.S. and Mexico. The campaigners cited data from a recent project called The Census of Marine Life’s Tagging of Pacific Predators (TOPP), which was published in the online version of the journal Nature.

Geoff Shester is Director of Oceana’s California program. He says, “Great white sharks are powerful allies keeping our oceans healthy, and they need us to protect them far more than we should fear them.”

Reports say at least 10 white sharks are accidentally caught each year off the West Coast by gill nets set out for other fish. Set-and-drift gill nets are often placed to target California halibut, white sea bass, thresher sharks and swordfish. This activity accounts for more than two-thirds of young white sharks caught in their nursery grounds.

Last year, there was a study led by marine biologist Taylor K. Chapple. He is with the University of California at Davis. Using photo ID of the sharks’ fins and mathematical algorithms, he determined only 219 adult and juvenile white sharks regularly swim off the central California coast. Scientists estimate an additional 130 white sharks reside off Baja California.

“Even the removal of one sexually mature individual from a population this small can have serious impacts on the population as a whole,” Shark Stewards director David McGuire said.

The NOAA Fisheries Service says it will review the petition on the white shark.

The petition was released on the same day that the International Union for Conservation of Nature Shark Specialist Group issued their own report. The organization is made of up leading U.S. shark and ray scientists. It says 13.5 percent of shark, skate and chimaera species in North and Central America face the threat of extinction.

Sonja Fordham is the group’s deputy chair and president of the advocacy group Shark Advocates International. She says, “The U.S. is home to some of the world’s only success stories for recovery of sharks, and yet many U.S. species still require more stringent fishing limits.”