Who knew a little bean could trigger such a frantic race?

“Frackers” are scrambling to find a new substitute for India’s guar bean.

Guar is a key ingredient used in hydraulic fracturing (fracking). That’s the drilling technology that’s revolutionized the energy industry and caused significant health and environmental concerns. The process has brought massive supplies of fuel to the market. And the technology is now being used to unlock giant oil fields long considered too difficult to tap.

The guar bean is mainly grown in India. Its extract produces a gel in fracking fluid, which delivers “proppant” to hold open cracks in shale rock when it is fracked.

Most recently, two Texas lawyers filed trademark application for “AquaPerm” and “PermStim”. These liquids are actually substitutes for precious guar. The two products hit the market earlier this year, in response to guar costs which had skyrocketed in recent months. Prices soared because of a huge shortage in the bean.

Guar prices have come down a little bit. But observers say any substitute is still welcome news for oil services companies trying to stabilize costs. A dependable and effective substitute will always be in high demand. That’s because there’s no room for mistakes in wells that cost up to $8 million each.

Market leader Halliburton had stocked up on some very expensive guar — not realizing that cheaper substitutes would be rolled out. The company says it now regrets the move, given that prices have eased. But analysts say it’s hard to predict the future of guar prices. The Indian crop could be lower this year due to poor rain.

Guar is not only a valuable resource for oil companies. The demand is also strong from the food industry. The bean extract is found in a wide variety of food products, including sauces and ice cream. Sometimes, manufacturers use cellulose gum products as a cheaper alternative instead. 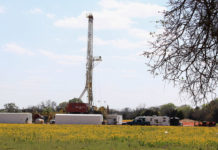 Job Argument in Question as Hess, Newfield Back Out of Wayne County 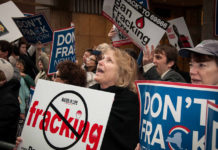 Is Shale Gas Really The Next Big Thing?