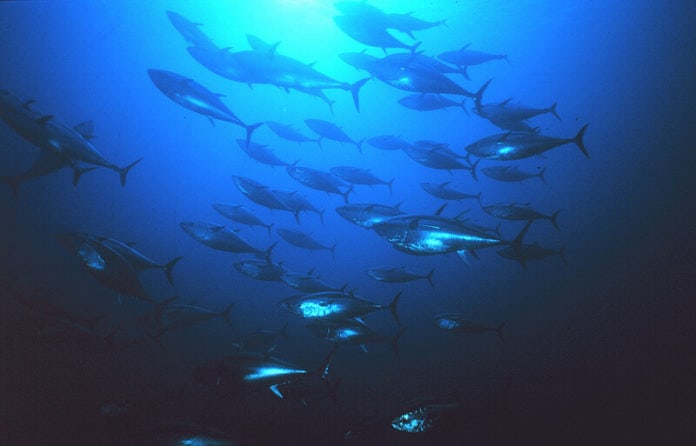 A new study has found that marine life is moving away to the poles of our planet due to warmer water temperatures caused by global warming. The study, led by Australian researcher Elvira Poloczanska, reveals that the extra energy trapped on our planet due to global warming has gone to the oceans and in turn, the animals are going to colder waters.

This is one of the many ways climate change affects marine life. While most studies look at changes caused by global warming in a more specific and narrow perspective—most studies look at a particular species or a particular geographic location—this new study looks at marine life as a whole. Poloczanska and her team looked into 208 different studies to come to their conclusion.

And while not every single species was responding in this fashion to climate change, the study did find a large majority (82 percent, to be exact) was. How fast, you ask? The team concluded that animals are going to the poles at 45 miles per decade and certain creatures, like fish and phyoplankton, were moving at 172 and 292 miles per decade, respectively.

“In conclusion, recent climate studies show that patterns of warming of the upper layers of the world’s oceans are significantly related to greenhouse gas forcing,” write the authors of the study. “Global responses of marine species revealed here demonstrate a strong fingerprint of this anthropogenic climate change on marine life. Differences in rates of change with climate change amongst species and populations suggest species’ interactions and marine ecosystem functions may be substantially reorganized at the regional scale, potentially triggering a range of cascading effects.”

Another issue with warming ocean temperatures: rising sea levels. As we’ve written before, globally, rising sea levels threaten about a tenth of the world’s population who live in low-lying areas and islands which are at risk of flooding, including the Caribbean, Maldives and Asia-Pacific island groups. According to the World Wildlife Fund (WWF) reports that low-lying island nations, especially in equatorial regions, have been hardest hit by this phenomenon, and some are threatened with total disappearance. What’s more, ocean warming alters the marine food chain, results in ocean acidification and threatens Antarctic wildlife by potentially endangering populations of penguins, whales, seals and a host of smaller creatures within a few decades.

Unfortunately, a study published Jan. 6 in the journal Nature Climate Change found that the previous prediction of sea level rises have been grossly underestimated and that the actual sea level rise could be as much as three feet. The study’s co-author told  NBC News that millions of people would be displaced as a result and cities (such as New York City and Tokyo) would have to spend billions of dollars to prevent flooding.

The Fourth Assessment Report (AR4) of the Intergovernmental Panel on Climate Change (IPCC) had predicted that global warming would result in a sea level rise anywhere between 7 and 23 inches, but the new study states that this 2007 report did not take into account the melting Antarctic and Greenland glacial ice sheets.

“This is the first study of its kind on ice sheet melting to use a formalized mathematical pooling of experts’ opinions,” Bamber said in a news release. “It demonstrates the value and potential of this approach for a wide range of similar problems in climate change research, where past data and current numerical modeling have significant limitations when it comes to forecasting future trends and patterns.”