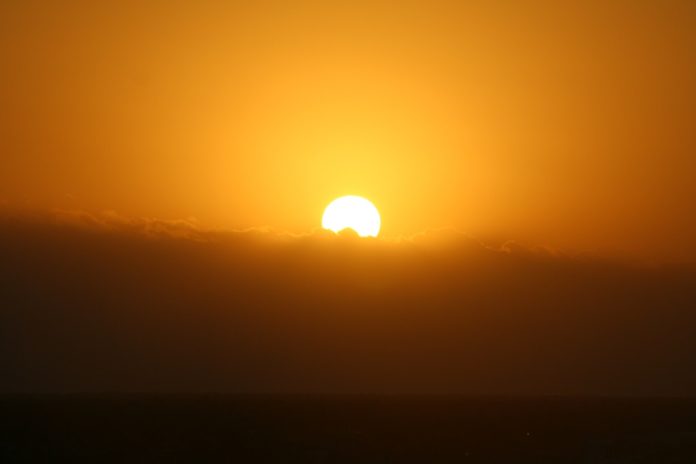 Surprise, surprise! A NASA scientist (dubbed the “godfather of global warming”) has confirmed based on a new statistical analysis that the heat waves seen around the world in the recent years are, in fact, so rare that there is no other plausible cause besides man-made global warming. NASA scientist James Hansen shares, from a statistical point of view, that the odds of a heat wave have increased–from the 1950s to the 1980s the odds of a wave were 1 in 300 and presently the odds are 1 in 10–and these weather changes are neither random nor normal.

Hansen, who works at the Goddard Institute for Space Studies in New York and is a professor at Columbia University, shared his findings online in Proceedings of the National Academy of Science. In his publication, he blames the following heat waves on global warming: the 2003 European heat wave that took 35,000 lives, the 2010 heave wave in Russia and the Middle East that claimed over 10,000, and the 2011 Texas-Oklahoma drought.

In an opinion column published Saturday in The Washington Post, Hansen wrote:

Our analysis shows that it is no longer enough to say that global warming will increase the likelihood of extreme weather and to repeat the caveat that no individual weather event can be directly linked to climate change. To the contrary, our analysis shows that, for the extreme hot weather of the recent past, there is virtually no explanation other than climate change.

The deadly European heat wave of 2003, the fiery Russian heat wave of 2010 and catastrophic droughts in Texas and Oklahoma last year can each be attributed to climate change. And once the data are gathered in a few weeks’ time, it’s likely that the same will be true for the extremely hot summer the United States is suffering through right now.

These weather events are not simply an example of what climate change could bring. They are caused by climate change. The odds that natural variability created these extremes are minuscule, vanishingly small. To count on those odds would be like quitting your job and playing the lottery every morning to pay the bills.

As of late, many studies have concluded one simple fact that millions belief and millions are skeptical of: Man-made global warming is the cause of a vast majority of our environmental problems. What separates Hansen’s study is that he does not use complex climate models or atmospheric physics.

What’s more, according to Andrew Weaver, a climate scientist at the University of Victoria in British Columbia and a member of the Nobel Prize-winning international panel of climate scientists: “Rather than say, ‘Is this because of climate change?’ That’s the wrong question. What you can say is, ‘How likely is this to have occurred with the absence of global warming?’ It’s so extraordinarily unlikely that it has to be due to global warming.”

Hansen shares in his op-ed piece that he hopes the findings of his study changes the views of skeptics and encourages governments to take a proactive step in preventing further damage. He writes, “There is still time to act and avoid a worsening climate, but we are wasting precious time.”