Greener IdealHelping you live sustainably
More
Home News Environment The environmental impact of farms and why synthetic meat may be the... 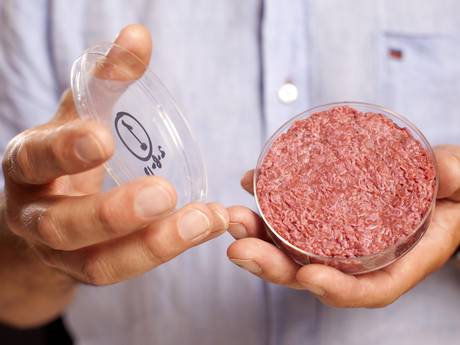 On Monday, the first synthetic meat hamburger was eaten in London to underwhelmed taste testers, but overjoyed environmentalists. The introduction of a completely artificial meat substitute could have an enormous impact on global food supplies, carbon emissions and the farming industry in general – not to mention karma points for not killing animals.

The historic taste testing earned a great deal of extra publicity because of one of its investors, Google co-founder Sergey Brin, who personally invested approximately $325,000 into the project. According to Brin, he was interested in the project because of its implications for protecting animals, saying “When you see how these cows are treated, it’s certainly something I’m not comfortable with.”

But the most important part of the grand unveiling of the artificial meat is the attention it has drawn to unsustainable farming practices and mass meat production. Some stats from the Guardian to consider:

When it’s boiled down like that, the environmental impact of farming becomes obvious. Even if the farm doesn’t produce meat directly, it is likely producing the food that meat will eat, so it’s obvious that action needs to be taken to curb the climate impact of the farming industry.

How did it taste?

Unfortunately, despite the amount of funding that went into it, the cultured beef burger didn’t get rave taste reviews. Some called it ‘crunchy’, others said it tasted like ‘an animal protein cake‘ (which it basically is), with the overall consensus being that it was dry and very close to meat, but decidedly not meat. Though it won’t keep the research team from continuing its efforts to mass produce a sustainable meat source, and one that’s much tastier.

The truth is that the cultured meat industry isn’t ready to take off just yet, so there is still a lot to be done by the farming industry to lessen its environmental impact while it can. According to Discovery, the top 10 sustainable farming practices are:

Shopping for cultured meat patties in the grocery store isn’t anywhere in the near future, and not just because it’s far too expensive to produce right now. There will also be a cultural shift required in order for people to take it seriously and trust that it wouldn’t affect their health in the same way that many fear GMO crops do.

Would you be willing to give up a juicy burger for a crunchy animal protein patty if it meant it would save the planet?